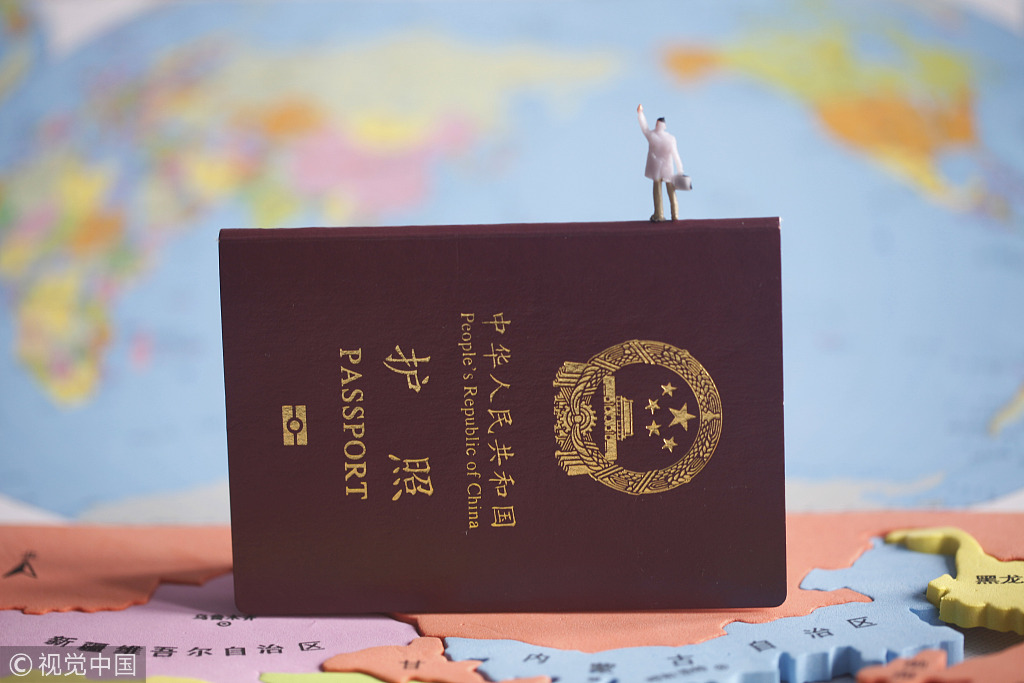 The "2017-2018 National Outbound Tourism Visa Report" issued by Ctrip Travel, an online travel website, on April 2, interprets the latest characteristics of the country's outbound travel from the visa perspective.

Among the 68 destinations, there are 11 for mutual visa exemption with China, such as Mauritius, Seychelles and Serbia; 15 for Chinese citizens to enter visa-free unilaterally, like the United Arab Emirates, Indonesia, and Jeju Island in South Korea; and 42 for Chinese citizens to apply for visas on arrival, such as Thailand, Vietnam, Cambodia and the Maldives.

Malaysia, Turkey and Cambodia are the top three on the list of the fastest online visa application. It only takes one minute to apply for a visa to these destinations. The average duration for visa applications in Asia has shortened to 6.8 working days, and most destinations have improved visa facilitation since 2017. This is due to the implementation of the electronic visa, the simplification of materials, the shortening of the signing time and price reduction.

Thailand, Japan, Singapore, Malaysia, the United States, Vietnam, Australia, the Philippines, Canada and Cambodia, are the top 10 most popular destinations that Chinese citizens apply visas to on Ctrip Travel. It is worth noting that these destinations basically lead the visa convenience, indicating that visa convenience is an important engine to promote outbound tourism.

A sample survey of Ctrip Travel users found that the post-80s are still the backbone of the signing group, and the post-90s generation maintains its momentum as well. Also, women account for 55 percent, which shows that women play a dominant role in tourism.