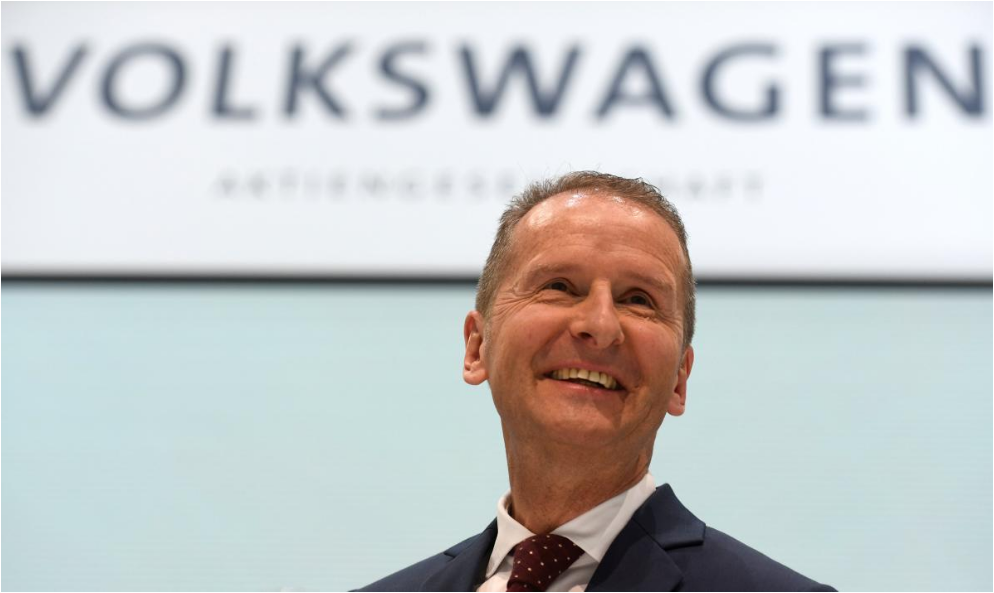 Volkswagen’s  new Chief Executive Herbert Diess embarked on the most far-reaching shake-up in the carmaker’s history on Friday, seeking to unite a company whose feuding factions have often slowed reform.

At a news conference at Volkswagen (VW) group headquarters, Diess sought to play down the extent of planned changes, taking care not to stoke fears over jobs that have caused labor bosses to stifle previous attempted overhauls.

“This is an evolution and not a revolution,” Diess, 59, told journalists, setting out plans to carve up VW into new divisions, adding that details still needed to be worked out over the coming months.

“The creation of brand groups has been under consideration for a while,” he said about the biggest overhaul since VW became a multi-brand conglomerate under former CEO Ferdinand Piech, a grandson of VW Beetle designer Ferdinand Porsche.

However, analysts welcomed signs of genuine movement at Europe’s largest automaker where changes to corporate structure have often fallen foul of warring stakeholders. VW has also had to pay out billions of euros in fines following its 2015 emissions cheating scandal.

“This is all we could have asked for, and expect the market to take the news positively,” Evercore ISI analyst Arndt Ellinghorst said in a note on Friday.

Dressed in a dark blue suit and a burgundy tie, Diess and chairman Hans Dieter Poetsch were the only executives to field questions about the carmaker, even though VW announced a raft of new appointments on Thursday.

Diess, who has been head of the VW brand since moving from BMW in 2015, will also assume direct responsibility for research and development and vehicle connectivity.

Blume, Stadler and Frank Witter take on production, sales and IT in what is reminiscent of a set-up that has worked well at FiatChrysler .

“We want to create a slimmed down company with strong brands,” Diess said, explaining that Audi would form the group’s core brand in the premium segment with a goal of overtaking Mercedes-Benz  and BMW.

Blume will head up a “super premium” cars division which groups Bentley, Porsche, Bugatti and possibly Lamborghini, which is currently integrated with Audi .

“Bundling brands in groups greatly helps to increase synergies,” said Bankhaus Metzler analyst Juergen Pieper. “The trick is to bring down costs where that is possible,” he said, citing development and marketing budgets.

Upon being asked what could happen to engine maker MAN Diesel and transmissions maker Renk, Diess said the company has assets which will be subject to a review. Whether these businesses will be invested in or sold off remains to be seen, Diess said. 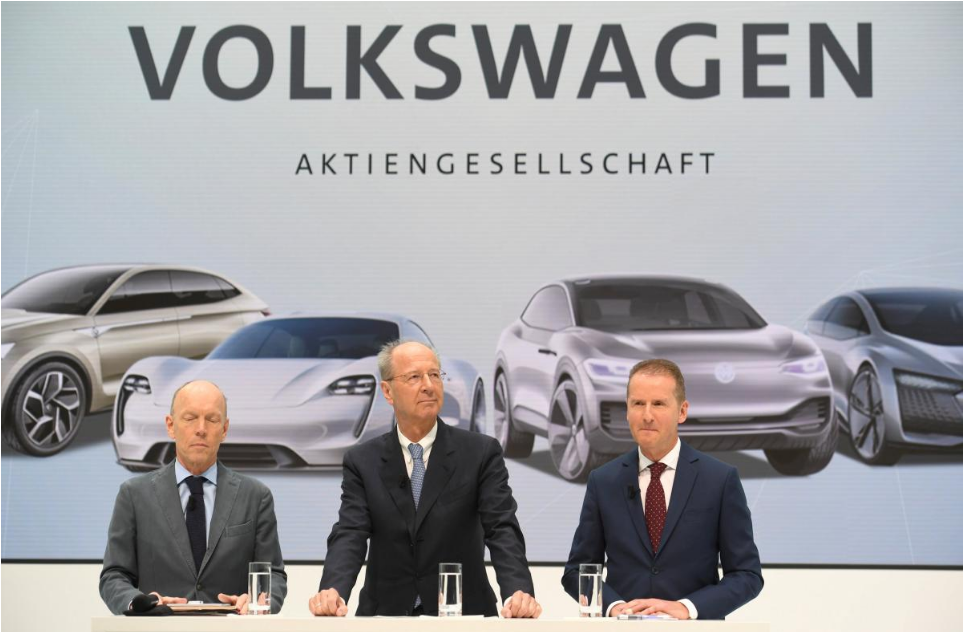 The company’s procurement and component divisions would also be combined as part of the revised structure, Diess said.

A renowned cost-cutter, Diess took over from Matthias Mueller on Thursday, thanks to an unprecedented pact with VW’s powerful labor bosses, handing them a seat on the company’s management board.

He was installed after Mueller’s attempts to reshape the automotive group foundered amid labor opposition, including his plans to sell motorbike brand Ducati. Mueller had taken on the job days after the “Dieselgate” scandal broke in Sept. 2015.

VW will not cancel Mueller’s contract, meaning the 64-year-old can still expect to pocket millions in the next two years despite being out of the job before his contract expires in 2020. Mueller last year earned about 10 million euros in pay and benefits.

“We are convinced that, with Diess, we have the right man on board,” works council chief Bernd Osterloh said in a letter to employees on Friday.

Osterloh’s comments come after repeated clashes over Diess’s drive to cut costs and improve profits at the carmaker’s core VW brand, where Diess was handed the reins only three months before the Dieselgate scandal erupted.

Diess appeared to be on his way out last year at VW after a rare public clash with Osterloh. The labor chief had accused Diess of betraying workers and trying to use the emissions scandal as a pretext for pushing through job cuts.

“Back then, we were not immediately on the same page,” Osterloh said in his letter. “But, as is well known, that issue was laid to rest a long time ago.”