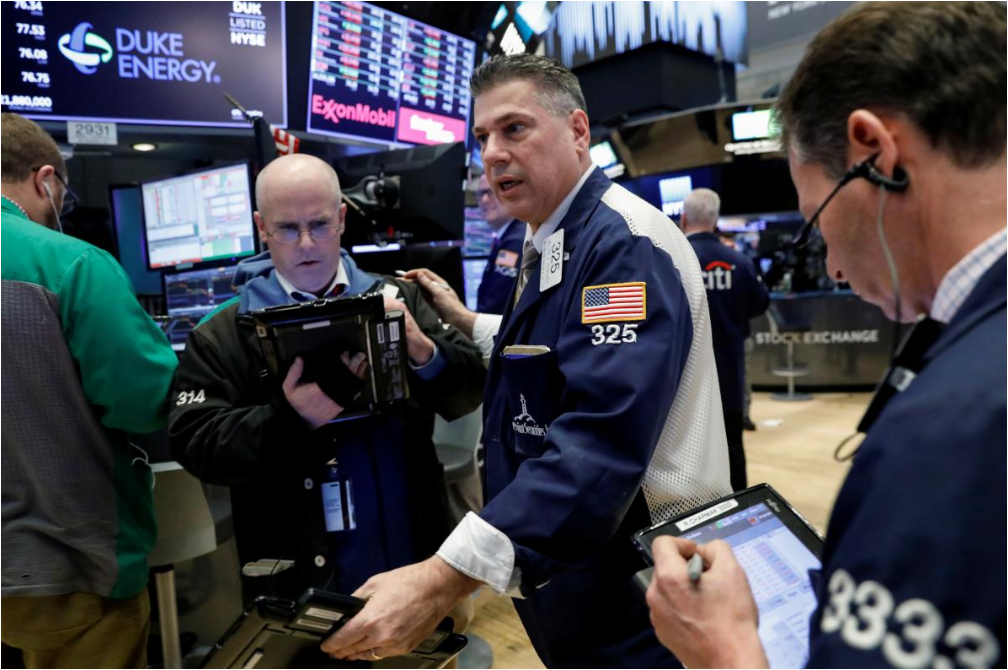 Wall Street tumbled on Friday with more than 1,000 points knocked off the Dow in two days as investors, increasingly nervous about a potential U.S. trade war with China, shied away from risk ahead of the weekend and sought shelter from further losses.

In a volatile session, the S&P 500 came within a hair of its 200-day moving average, a key technical level. The benchmark index also nudged closer to its February low, which marked a correction, ending 9.9 percent lower than its Jan. 26 record.

“There is concern what the trade war could look like. Investors want to manage their risk. If it escalates rapidly, it could be a major headwind for the market,” said Peter Kenny, senior market strategist at Global Markets Advisory Group, in New York.

President Donald Trump’s plans for tariffs on up to $60 billion in Chinese goods moved the world’s two largest economies closer to a trade war as China declared plans to levy duties on up to $3 billion of U.S. imports including fruit and wine even as it urged the United States to “pull back from the brink.”

The Dow was down 11.6 percent since its Jan. 26 high, and hit its lowest close since confirming a correction in February.

The Cboe Volatility Index .VIX, the most widely followed barometer of expected near-term volatility in the S&P 500, finished up 1.53 points at 24.87, its highest close since Feb. 13.

The S&P’s financial sector .SPSY was the S&P’s biggest percentage loser, at 3 percent, after a volatile session in which it was whip-sawed by volatile Treasury yields.

Bloomberg News cited China’s ambassador to the United States saying that the country is “looking at all options” in response to tariffs, which could include scaling back purchases of U.S. Treasuries.

Nasdaq was weighed down by declines in momentum stocks such as Facebook , Amazon.com , Microsoft  and Google’s parent Alphabet .

Declining issues outnumbered advancing ones on the NYSE by a 3.96-to-1 ratio; on Nasdaq, a 3.72-to-1 ratio favored decliners.

Volume on U.S. exchanges was 8.11 billion shares, above the 7.3 billion average for the last 20 trading days.