HEADLINE Wall Street’s patience with Trump has its limits

Wall Street’s patience with Trump has its limits 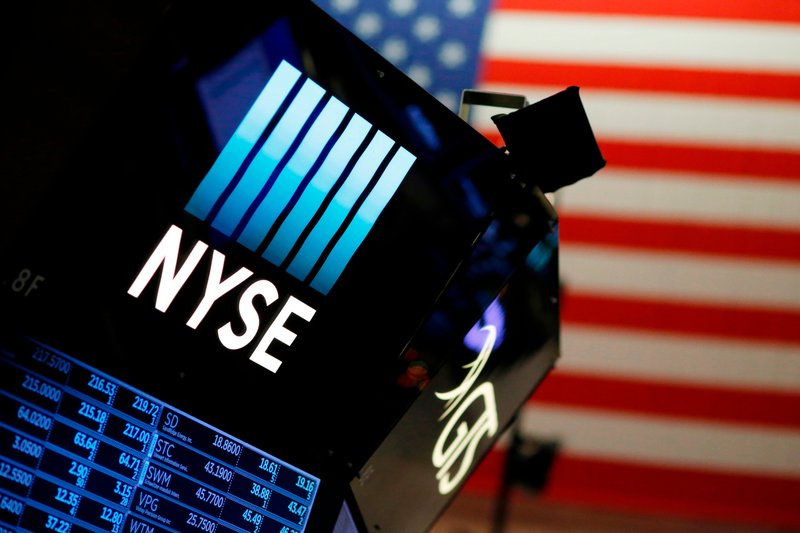 For more than a year, Wall Street has largely ignored the unpredictability and chaos that has plagued Donald Trump’s administration, confident that the businessman-turned-president’s policies would juice the economy and that a team of mainstream advisers would keep more controversial proposals at bay.

Now the financial markets are showing that their patience with Trump has its limits.

A triple whammy of tariffs, Twitter threats against one of the nation’s largest companies and high-level staff shake-ups have rattled Wall Street in recent weeks. The S&P 500 has fallen 1 percent amid turbulent daily price swings since March 1, the day Trump said he intended to levy tariffs on steel and aluminum imports. Wednesday was another roller coaster day for Wall Street amid back-and-forth tariff threats by the US and China. The Dow Jones industrial average plunged 501 points after the opening bell but made it all back, and more.

The repercussions of a jagged drop in the stock market are both economic and political. If the market fluctuations continue, they could dampen business and consumer confidence and ultimately slow US economic growth. For Trump and the Republican Party, that could be a devastating development in a midterm election year, when the party is largely pinning its hopes of keeping control of Congress on economic success and Americans seeing a benefit from the tax overhaul the president signed in December.

Republican leaders have been urging Trump, both publicly and privately, to spend the year selling the merits of the new tax law, which permanently slashed corporate tax rates and included big rate cuts for wealthy individuals, alongside more modest cuts for the middle class. Instead, Trump has aggressively pursued tariffs that may initially satisfy his supporters’ desire to crack down on China and other nations, but risk sparking a trade war that could devastate some of the American industries that Trump has pledged to protect.

“Farmers and ranchers shouldn’t be expected to bear the brunt of retaliation for the entire country,” said Sen. Chuck Grassley, R-Iowa, whose state depends on agriculture exports. “It’s not fair, and it doesn’t make economic sense.”

White House officials scrambled Wednesday to calm both the markets and Republicans, leaving open the possibility that some tariffs ultimately won’t be implemented if China lowers barriers to US exports.

“Don’t overreact, we’ll see how this works out,” said Larry Kudlow, Trump’s new chief economic adviser. “At the end of this whole process, the end of the rainbow, there’s a pot of gold.”

That still left plenty of investors on edge.

Companies surveyed for the Institute for Supply Management’s services index released on Wednesday said that while they’re still expanding, they’re worried about the tariffs and volatile swings in prices for lumber, steel and aluminum that make planning difficult.

“If there is follow-through on both sides to go ahead with higher tariffs, clearly there will be negative implications everywhere,” said Jennifer Lee, a senior economist at BMO Capital Markets. “As of now, the impact is on confidence, and uncertainty is never a good thing for the economy.”

Wall Street’s fluctuations could be particularly problematic for Trump given how closely he’s tied his own success to stock market gains. Unlike most of his predecessors, who rarely commented on Wall Street’s highs and lows, Trump has frequently cast market highs as a direct result of his presidency and policies. He notably hasn’t tweeted or commented on the recent volatility, though his spokeswoman said he wasn’t rattled.

“We may have a little bit of short-term pain, but we’re certainly going to have long-term success,” White House press secretary Sarah Huckabee Sanders told reporters.

Beyond Trump’s tariff threats, investors have also been put off by the sudden departure of senior administration officials with close ties to Wall Street and the business community. Secretary of State Rex Tillerson, the former CEO of Exxon, was ousted last month. White House economic adviser Gary Cohn, the former president of Goldman Sachs, also announced that he was resigning. The morning after Cohn’s resignation, the Dow Jones industrial stock average opened roughly 1 percent lower.

Adding to the market uncertainty: Trump’s tweets about Amazon. He’s spent the last several days misleadingly saying that the online retailer doesn’t pay taxes and has hurt the finances of the US Postal Service. Amazon shares have lost nearly 14 percent of their value since the middle of March.

So far, Trump’s trade strategies and taunting have done little to derail the economy as a whole. Employers are expected to have added a healthy 185,000 jobs in March, according to estimates for the monthly jobs report being released Friday. This would come after a strong gain of 313,000 jobs in February.

But lurking beneath that growth is a rising sense of uncertainty about what might happen next in Trump’s economy.

David Kotok, chairman and chief investment officer for Cumberland Advisors, said investors are now pricing in the risks of a trade war and other issues stemming from Trump’s words and actions. He said he has yet to see a proper analysis showing that tariffs help the economy, although he said “I hope” the White House turns out to be correct that a showdown with China won’t damage the US economy.

Kotok then paused and added, “But hope is not a strategy.”