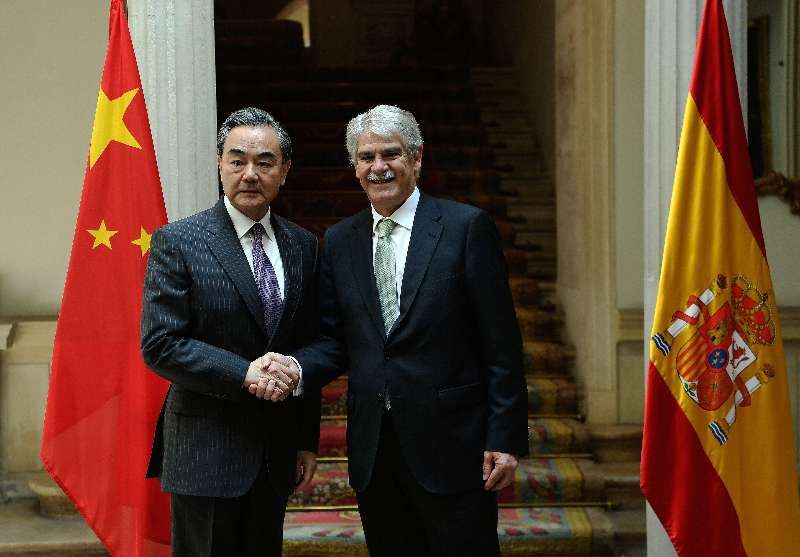 Wang emphasized that Spain is a regional power with major influence in the world and an important member of the European Union (EU). In recent years, bilateral relations between China and Spain have developed smoothly. Both countries support one another on their respective core issues and major concerns.

This year marks the 45th anniversary for the establishment of diplomatic relations between the two countries, and China is willing to work with Spain to bring their comprehensive strategic partnership to a new level, Wang explained.

Chinese President Xi Jinping met with Spanish King Felipe VI in Astana, Kazakhstan in 2017 and the meeting set the course and framework for the development of their continued bilateral relations.

“In the face of unilateralism as well as unprecedented changes in the world today, China and Spain should work together to build an open economy and to safeguard a global free trade regime with the World Trade Organization at the core,” said Wang.

Dastis stressed that Spain opposes unilateralism and protectionism, and will always adhere to multilateralism while defending the globalization process.

“Spain is willing to strengthen strategic communication and coordination with China to safeguard global peace and security,” Dastis later added.