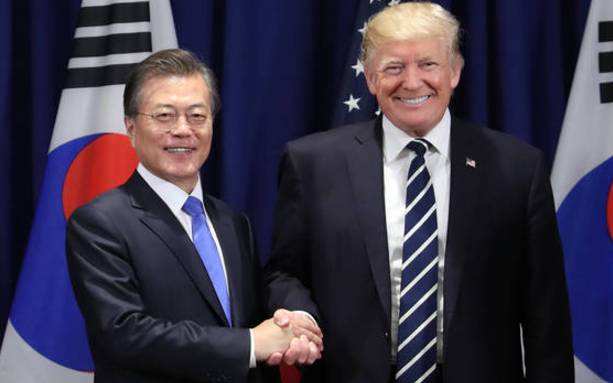 U.S. State Department said Thursday that the United States and South Korea held a meeting here on Wednesday to discuss cooperation and consultation on deterrence strategies.
During the second meeting of the Extended Deterrence Strategy and Consultation Group (EDSCG), the two sides discussed issues including coordination on the "maximum pressure" campaig against Pyongyang.
Washington also reiterated its commitment to Seoul to deter potential aggression, according to the State Department.
The two countries agreed to hold in the near term another meeting of the EDSCG, as well as a meeting of the U.S.-South Korean Defense Technology Strategy and Cooperation Group.
U.S. President Donald Trump has pledged to solve the nuclear issue on the Korean Peninsula and has alternated between applying "maximum pressure" on Pyongyang and threatening militar

actions.
As part of the pressure tactics, Washington relisted the Democratic People's Republic of Korea (DPRK) as a state sponsor of terrorism in November and imposed economic sanctions targeting enterprises, ships and individuals in the Asian country.
Unimpressed by the recent improvement of ties between the two Koreas, Washington also sponsored a ministerial-level meeting earlier this week in Vancouver gathering former allies in the Korean War.