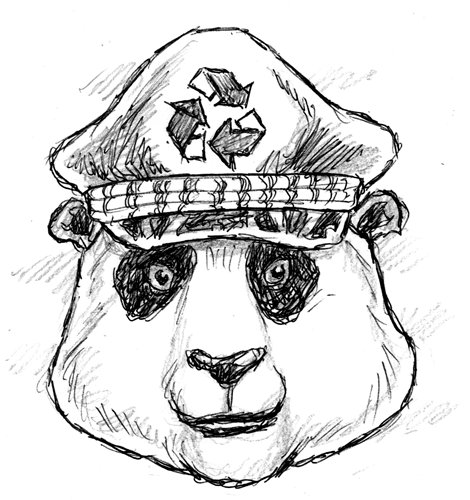 Great Britain, a major waste exporter, has been shipping about half a million tons of plastic to China every year. That ended this year. In a measure that took effect on December 31, China banned imports of 24 types of solid waste including waste plastics, unsorted scrap paper, discarded textiles and vanadium slag. China will also ban imports of solid waste that can be replaced by domestic resources by the end of 2019.The move dealt a blow to foreign waste exporters. Britain has relied heavily on China for relocation of its waste and pollution as the country lacks sufficient recycling and waste processing facilities of its own. The ban will likely lead to the stockpiling of plastic waste and mean more incineration and landfill, posing harm to its environment. For the US, another mass trash exporter that sent about $5.2 billion worth of scrap metal, paper and plastic to China in 2016, the ban will affect the US-based multi-billion-dollar recycling industry and result in losses of tens of thousands of jobs and the closure of many businesses in the country.Despite having gained remarkable momentum in its economic development, China has paid a heavy price through environmental degradation and health problems posed by the improper recycling of imported waste which is often dirty, poorly sorted or contaminated with hazardous substances. Some companies in and outside China have also smuggled foreign waste of no recycling value for profit, creating environmental and public health hazards.China's economy has been transitioning from rapid growth to high-quality development and pursuing modernization characterized by harmonious coexistence between human beings and nature. Against this backdrop, the country has ramped up efforts to stop being a dumping ground for solid waste and make the Chinese economy more environmentally-friendly.As waste recycling is profitable and China suffers from a supervision and regulation deficit, relevant authorities should work together to gradually reduce the categories and amounts of solid waste arriving from foreign shores. Laws, regulations and related systems need to be improved to crack down on the smuggling, purchasing, reselling and illegal processing of imported waste to ensure that all violators involved are held accountable. China's domestic recycling industry should upgrade its technology and standards. On the one hand, China should raise its safe recycling rate to recycle more of its own waste. On the other, the waste recycling sector needs to use more primary raw materials to replace foreign recycled waste.International cooperation should be given high priority to address waste collection and distribution. Some Western powers need to abandon their beggar-thy-neighbor mentality and stop passing the buck by taking advantage of often-lax environmental oversight in developing countries in the name of boosting business ties with them. With state-of-the-art technology and rich experience in processing solid waste, major developed powers should take more responsibility in this regard and ratchet up joint studies with developing nations on some thorny issues plaguing the recyclable waste field, such as how to deal with the toxic chemicals and heavy metals of electronic waste, how to mitigate the negative impacts of nuclear waste on the environment and public health and how to develop more advanced technologies and facilities into a coherent plan for the recycling industry. An international anti-smuggling mechanism on returning garbage should be established with joint efforts of institutions like the UN, Interpol and the World Customs Organization.