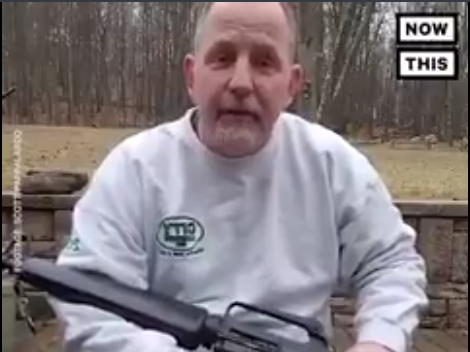 The video has been viewed by more than 24 million people and many US gun owners followed Pappalardo’s action by dismantling their own weapons.