Weakened Merkel has her work cut out to make coalition last 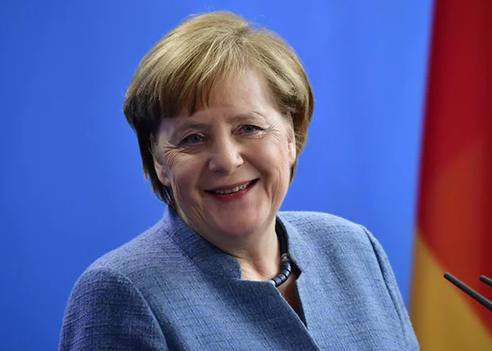 Germany’s Social Democrats (SPD) have bought Chancellor Angela Merkel time with their vote to join her conservatives in another coalition, but she risks losing her long grip on power if she fails to balance the awkward allies’ conflicting demands.

Merkel’s conservatives - her Christian Democrats (CDU) and their Bavarian Christian Social Union (CSU) allies - and the SPD are both still bruised after suffering from the rise of the far-right Alternative for Germany (AfD) in last year’s election.

Arch conservatives want to move right to counter the AfD, which profited from Merkel’s 2015 decision to open German borders to over 1 million migrants. The SPD, by contrast, wants to allay people’s insecurities with spending on welfare and education.

“Merkel needs to appease a weakened and insecure SPD without alienating her own CDU/CSU too much,” said Carsten Nickel, managing director at consultancy Teneo Intelligence.

Merkel has shared power with the SPD in two of her previous three terms in office, from 2005-2009, and from 2013 until now. The SPD said on Sunday its members had voted by a two-thirds majority in favor of a coalition deal struck last month.

But the two blocs’ weak performances in last September’s election, when they both suffered their worst results since Germany became a republic in 1949, mean the latest incarnation of their awkward alliance promises to be the most fractious yet.

“Despite the pretty solid majority (in the SPD ballot), this is not a long-term or permanent set up,” said Guntram Wolff, director of the Bruegel think tank.“The SPD is very fragile, and the CDU is also fragile.”

The inclusion in the coalition deal of a clause that envisages a review of the new government’s progress after two years is widely seen as giving the SPD an exit should it want one, and has also fueled a debate about the post-Merkel era.

“If the Social Democrats continue to fall in the polls, then the point will come at some stage when they say‘we must get out of the government’,” said Nils Diederich, professor at the Free University in Berlin.

One opinion poll published last month showed the AfD surpassing the SPD for the first time in a national poll to become the second-strongest party.

The SPD initially vowed to rebuild in opposition, only agreeing to talks on a return to its loveless marriage with Merkel after her negotiations with two smaller parties collapsed in November, plunging Germany into political uncertainty.

To stop the SPD from bolting, Merkel must deliver on those points in the coalition deal that are most dear to the Social Democrats: healthcare reform, and investment in education to meet the challenges of the digital age.

Like French President Emmanuel Macron, who is pushing for“a Europe that protects”, the SPD wants to promote economic stability and social convergence through the European project.

Kevin Kuehnert, head of the SPD’s Jusos youth wing who campaigned for a‘No’ vote, is ready to call out any delay in implementing the hard-won coalition deal, which envisages euro zone reforms in partnership with France.

To her right, Merkel, 63, also faces pressures from her own camp.

Her weakness on the refugee issue has forced the chancellor to name Jens Spahn, her biggest critic within the conservative bloc, as health minister in the new government.

Spahn, 37, wants to make the AfD“superfluous” by winning back voters on the right. He is also widely seen as ambitious, with an eye on succeeding Merkel, though he says he supports her as chancellor for the full parliamentary period.

Illustrating his lukewarm support for the new tie-up with the SPD, he described the coalition agreement this week as“no furious firework of innovation”.

Josef Joffe, publisher-editor of weekly Die Zeit, questioned whether Merkel would last out the full parliamentary term to 2021,“or whether she will be forced to hand over leadership to a younger CDU generation in two years.”

“Those who want to get rid of Merkel will try pull the party to right in order to recapture those voters who have defected to the nationalist, anti-immigrant AfD,” he said.

Merkel has already sought to head off challengers by appointing close ally Annegret Kramp-Karrenbauer to take over as CDU secretary general, heeding calls from within the party to inject new blood and groom a successor.

Merkel also wants to serve a full, fourth term, rather than yield before her time is up.

Asked last month if she saw Kramp-Karrenbauer as a possible successor, Merkel dodged the question, replying:“We have our hands full managing the business of the day.”