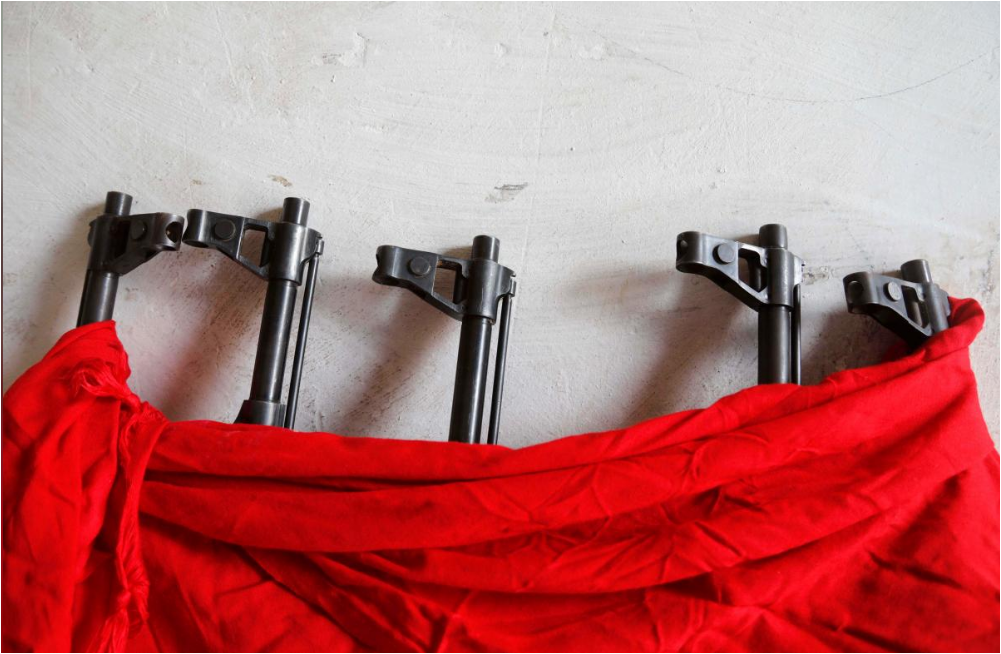 At least 600 weapons were stolen in the past week from a former United Arab Emirates-run training center in Somalia’s capital Mogadishu and are for sale in the city, weapons dealers said on Wednesday.

The weapons, including new Kalashnikov assault rifles and Chinese versions of them, were stolen by Somali National Army soldiers who had been trained by the UAE at its facility, three Somali men who purchased weapons from the soldiers told Reuters.

The Gulf nation has trained hundreds of Somali troops since 2014 as part of an effort boosted by an African Union military mission to defeat an Islamist insurgency and secure the country for the Somali government, which is backed by Western nations, Turkey and the United Nations.

The UAE ended the program on April 15, shortly after security forces at Mogadishu’s airport seized millions of dollars and temporarily held a UAE plane.

The escalating diplomatic dispute is one aspect of the fallout in volatile Somalia from a crisis in the Gulf region that has spilled into the Horn of Africa.

Somalia’s relations with the UAE are strained by a dispute between Qatar and Saudi Arabia because Mogadishu has refused to take sides. The UAE and Saudi Arabia have strong trading links with and influence in Somalia, offset by the sway of Qatar and its ally Turkey, one of Somalia’s biggest foreign investors.

Neither Somalia nor the UAE is showing urgent interest in resolving their dispute, said Rob Malley, president of the International Crisis Group, a think-tank.

Somali officials wanted to be seen “standing up” to the UAE, “and the Emirati officials’ position is, ‘If Somalia doesn’t want our money, fine, we’ll take it elsewhere,’” Malley told Reuters in Nairobi after returning from a trip to Mogadishu. 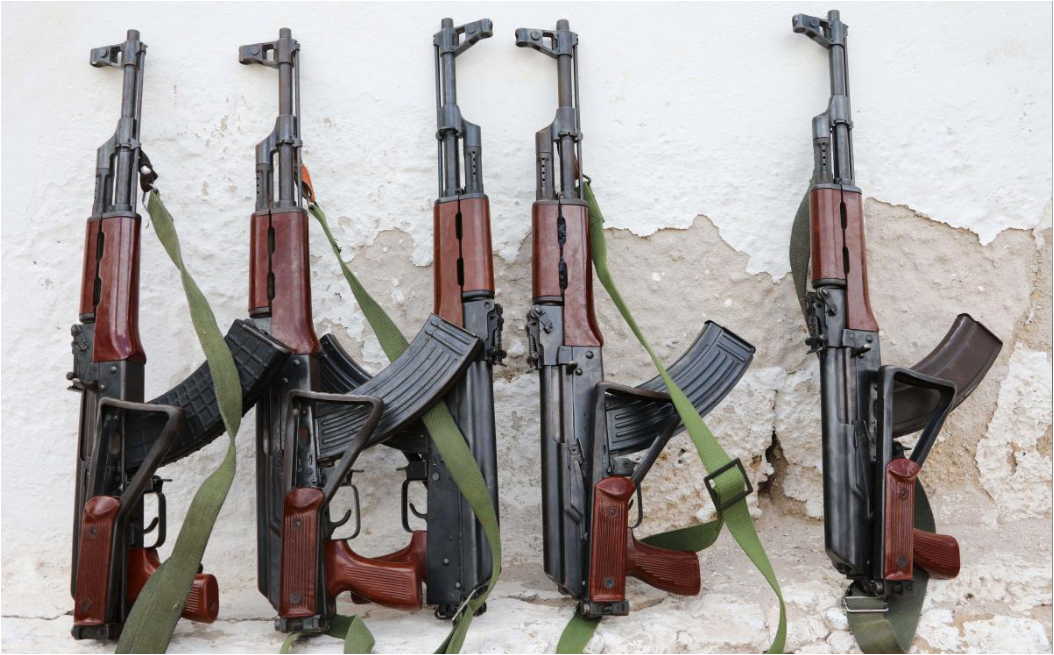 The UAE-trained troops began stealing weapons from the facility shortly after the program was disbanded, the dealers said. The soldiers sold guns directly to the dealers and indirectly via their brokers.

The looting appears to have occurred while the UAE was in the process of emptying its training center.

On Sunday night a ship docked at Mogadishu’s port was loaded with equipment from the UAE’s training center, including several dozen shipping containers of weapons, dozens of armored vehicles fixed with anti-aircraft guns and hundreds of cars, a port staff member told Reuters.

On Monday, gunfire broke out at the former training center where some of the troops were still camped out, and UAE-trained troops who were still there fled with as many weapons as they could, before a rival group took over the facility.

Residents in the area told Reuters they saw UAE-trained forces discarding their military uniforms and fleeing the facility in three-wheeled rickshaws with guns in their laps.

After 90 minutes of sporadic gunfire, the facility was secured by presidential palace guards, a Reuters journalist at the scene said.

UAE officials did not immediately respond to requests for comment.

Officials from Somalia’s defense ministry did not immediately answer phone calls requesting comment on the weapons theft. Defense Minister Mohamed Mursal resigned this week to contest for the vacant position of parliament speaker.

Army commander General Abdiweli Jama Gorod said on Monday that some soldiers who were behind the attempted theft of equipment from the facility had been arrested.

“The Somali national forces now have in hand the few soldiers and officers who were behind today’s incident and we assure we shall bring them before justice,” he said in comments reported by the state-run Somalia News Agency.

Due to the diplomatic dispute, the UAE-trained troops are being called “rebels” by some elements of the army, a security analyst who spoke on condition of anonymity said.

The dealers showed Reuters five weapons they said they bought from the soldiers. They all bore the marking “SO XDS”, indicating that they belonged to the Somali army.

An arms expert said this was consistent with the previous arrangement between the two countries.

“The weapons belonged to the SNA, which distributed them to the UAE training center. So they are marked SO XDS,” he said.

“About 600 to 700 AK-47 and (other) guns were looted from the former UAE training camps,” weapons dealer Jama Ali told Reuters, speaking from a home in Mogadishu where he and two other men presented the weapons.

Ali said they purchased the weapons for $700, a significant discount on the current price of $1,350 in Mogadishu for a new Kalashnikov. The dealers then began last night reselling the weapons at $1,000 each, he said.

“The best day for business is when there is government infighting,” said Hassan Abuja, another dealer. “Prices of weapons and ammunition go up.”