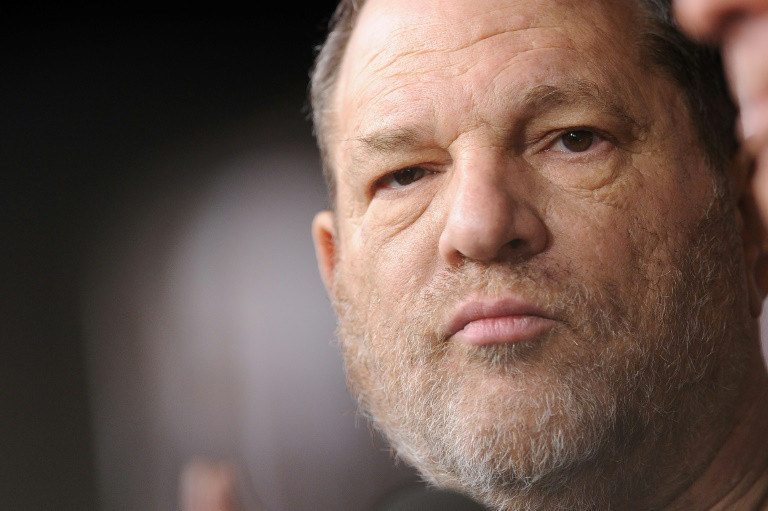 Disgraced Hollywood mogul Harvey Weinstein's former company has announced it will file for bankruptcy, complaining that talks with frontrunner investors to buy the troubled studio had collapsed, leaving it with "no choice" but to go to the wall.

The Weinstein Company said that it had failed to reach a deal with an investor group led by Maria Contreras-Sweet, a former Obama administration official, for a reported $500 million despite a last-minute push to make the deal palatable to New York prosecutors.

State attorney general Eric Schneiderman in New York, where the studio is headquartered, filed a lawsuit against the firm on February 11, fearing that the imminent sale could leave Weinstein's victims without adequate redress.

Schneiderman said any deal should embody three principles: adequate compensation for victims, protection for employees and the removal of executives who had been complicit in Weinstein's misconduct for 12 years.

In a two-page letter to Contreras-Sweet dated Sunday, the company's representatives said they had worked "tirelessly" to accommodate Schneiderman's principles.

It revealed that they had sacked David Glasser, the former chief operating officer whom had been earmarked to stay under the buyout, but whom Schneiderman said had covered up years of Weinstein's abuse.

"A deal that essentially removes the two Weinstein brothers but leaves the rest of management intact, we think, should be unacceptable," he had said.

But the company complained that the investor group had not kept its side of the bargain on Schneiderman's principles nor on stumping up interim funding required to run the business and maintain employees before the buyout was finalized.

"We must conclude that your plan to buy this company was illusory and would only leave this company hobbling toward its demise to the detriment of all constituents," read the letter, which was widely circulated by the US media.

"This board will not let that happen. Despite your previous statements, it is simply impossible to avoid the conclusion that you have no intention to sign an agreement -- much less to close one -- and no desire to save valuable assets and jobs," it said.

"While we deeply regret that your actions have led to this unfortunate outcome for our employees, our creditors and any victims, we will now pursue the board's only viable option to maximize the company's remaining value: an orderly bankruptcy process."

There has been no immediate public comment from Contreras-Sweet.

While her investor group had come out on top, there were nearly a dozen other bids, including one from Qatari group beIN, Hollywood studio Lionsgate, and another female-led investor group lined up behind audiovisual production company Killer Content.

There has also been no public comment from Schneiderman.

More than 100 women have since accused him of sexual harassment, assault and rape going back 40 years, leading not only to his career annihilation but to a US reckoning about harassment and abuse that has toppled a litany of powerful men in various sectors.

He and younger brother Robert started their powerful Hollywood careers by founding Miramax, which was sold to Walt Disney in 1993.

In 2005, they founded The Weinstein Company, which went on to steer numerous films to box office magic and awards glory for movies such as "The Artist," "The King's Speech" and "The Iron Lady."

Weinstein resigned from the board of the company just days after the accusations began.

The twice-married father of five is being investigated by British and US police, but has not been charged with any crime. He denies having non-consensual sex and is reportedly in treatment for sex addiction.

Since the scandal flared, dozens of civil suits have been brought against Weinstein and the company, mostly by women who accuse him of sexual misconduct.