HEADLINE What to watch on 'two sessions' on March 7

What to watch on 'two sessions' on March 7 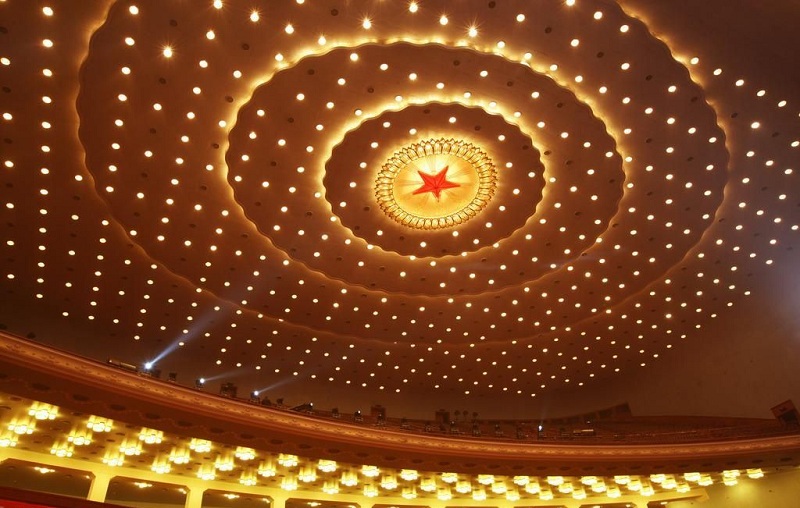 The first session of the 13th National Committee of the Chinese People's Political Consultative Conference (CPPCC) will hold group meetings, deliberating on a draft constitutional revision.

China's Minister of Finance Xiao Jie will hold a press conference at 8:50 am on Wednesday, discussing fiscal and taxation reform and fiscal work.

Along with Xiao, vice finance ministers Shi Yaobin and Hu Jinglin will also attend the conference.

On Monday, Chinese Premier Li Keqiang said in the Report on the Work of the Government that China will continue structural fiscal and tax reforms, and financial sector reforms.

The report had several highlights.

"We will raise the personal income tax threshold and create expense deductions for items such as children's education and treatment for serious diseases, appropriately lightening burdens, and encouraging our people to increase their incomes and achieve prosperity through hard work," Li said in the report.

In addition, the report also focuses on the real estate market, promoting legislation on a real estate tax. Skyrocketing house prices have been a headache for the public, especially those living in first-tier cities.

According to the report, China has lowered its fiscal deficit target to 2.6 percent of GDP for 2018, down by 0.4 percentage points compared with last year.

A press conference of the first session of the 13th NPC will kick off at 10:30 am on Wednesday. Minister of Agriculture Han Changfu and ministry spokesman and office director Pan Xianzheng will take questions on the implementation of the rural revitalization strategy and agricultural reform promotion.

China constantly promotes infrastructure construction as one of the measures for its rural revitalization, according to the government work report.

More steady steps are planned in a three-year campaign to improve rural living environments, and the Toilet Revolution will continue.

Other moves in the rural revitalization strategy include advancing supply-side structural reform in agriculture and deepening rural reforms.

By vitalizing its vast rural regions, China expects to see a strong agricultural sector, a beautiful countryside and well-off farmers, according to the first policy document, a year-long national guideline for agriculture work.

Liu Yongfu, minister of the State Council Leading Group Office of Poverty Alleviation and Development, will hold a press conference at 3 pm.

He will take questions on the“battle” of targeted poverty alleviation.

Premier Li said in his report that China will reduce the poor rural population by more than 10 million in 2018, including 2.8 million people to be relocated from inhospitable areas.

The country has lifted 6.39 million people out of poverty annually in the last 15 years of last century, after it launched large-scale poverty relief programs in 1986, according to Xinhua News Agency.