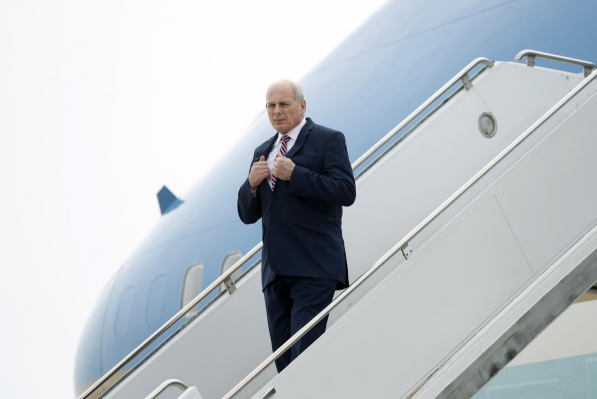 White House Chief of Staff John Kelly assured aides to President Donald Trump on Friday that no immediate personnel changes are coming as he sought to tamp down a wave of uncertainty generated by persistent evidence Trump wants more turnover.

Days after firing U.S. Secretary of State Rex Tillerson, Trump has been talking to confidants about making changes, including replacing H.R. McMaster as national security adviser and David Shulkin as Veterans Affairs secretary, sources familiar with the conversations say.

Kelly, who himself at times has been the subject of the president’s ire, spoke to senior White House aides on Friday morning and assured them “no immediate personnel changes” are expected at this time, White House spokeswoman Sarah Sanders told a news briefing.

Sanders also said Trump told her on Thursday night that he had “no intention” of replacing McMaster after the Washington Post reported a move for the retired Army general was imminent.

“The president said that it was not accurate and he had no intention of changing, that they had a great working relationship and he looked forward to continue working with him,” Sanders said.