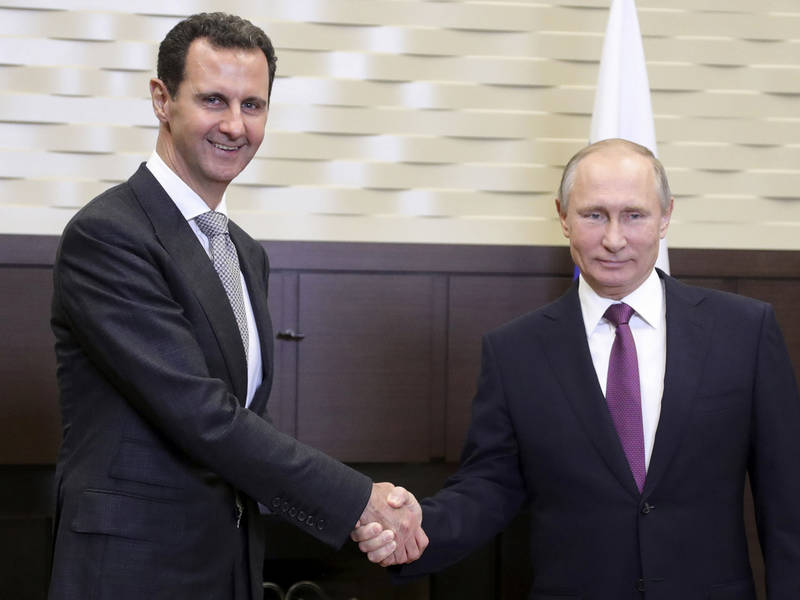 Trump and Putin spoke informally several times last week when they attended a summit in Vietnam. They agreed on a number of principles for the future of war-torn Syria.

Trump's conversation with the Russian president will follow Putin's Monday meeting with Syrian President Bashar Assad (bah-SHAR' AH'-sahd). Putin hosted Assad at a Black Sea resort ahead of a summit later this week with Russia, Turkey and Iran, as well as UN-sponsored peace talks in Geneva.

The Kremlin said Tuesday that Assad was called to Russia to get him to agree to potential peace initiatives drafted by Russia, Iran and Turkey as Russia prepares to scale back its military presence in Syria's six-year war.