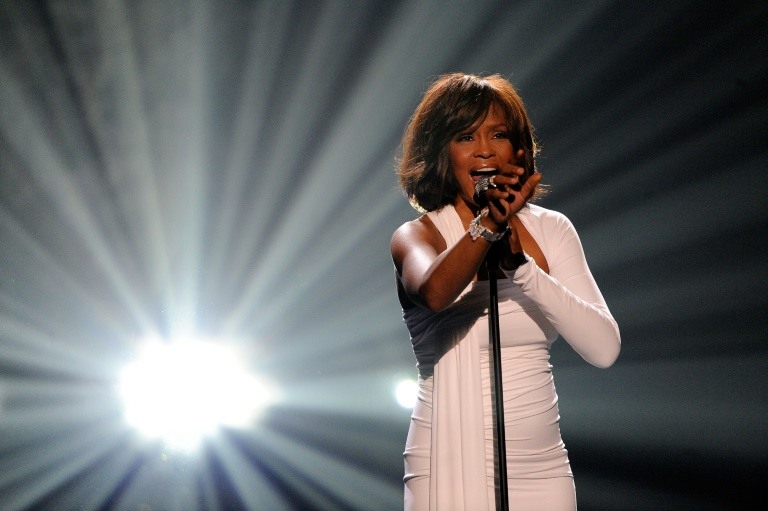 The explosive documentary alleges that Whitney Houston, who died in 2012 aged 48, was sexually abused by her cousin (Photo: AFP)

An explosive new documentary about the tragic life of Whitney Houston claims the superstar was sexually abused as a child by her cousin, soul singer Dee Dee Warwick.

The bombshell revelation in "Whitney", made with the cooperation of the singer's family, comes late in the film by Oscar-winning Scottish director Kevin Macdonald, which premiered Thursday at the Cannes film festival.

Houston's assistant, Mary Jones, who Whitney called "Aunt Mary" -- and who discovered her face down in a Beverly Hills bath the night she died -- said the singer told her she was molested.

Her half-brother Gary Garland-Houston corroborated the account and said he was also sexually assaulted by the younger sister of soul legend Dionne Warwick.

The abuse allegation may help to shine a light on the singer's troubled love life and descent into drug addiction, which contributed to her early death at 48 in 2012.

The film presents her long-rumoured bisexuality as fact but argues she found it impossible to maintain a relationship with female partner Robyn Crawford due to her enduring trauma and the pressures of maintaining her public image.

Houston's destructive relationship with the rapper Bobby Brown is also tackled in the film, by the maker of "One Day in September" about the deadly hostage-taking of Israeli athletes at the 1972 Munich Olympics.

Brown, who was married to Houston for 14 years, tells Macdonald that drug abuse had "nothing to do" with Houston's death, although the coroner said it was a contributing factor.

Heartbreaking footage shows the neglect of their daughter, Bobbi Kristina Brown, who was also found unconscious in a bathtub in 2015, and died six months later.

Dee Dee Warwick was a member of the girl group the Drinkard Singers. She also struggled with drug addiction and died aged 63 in 2008.

Macdonald told AFP that he had long found something troubling in interviews with Houston.

"She doesn't enjoy her own body in some way. She's very beautiful but not sexual, she feels uncomfortable in her skin. I began to wonder whether it was abuse," he said.

"Then somebody told me that they had spoken to Whitney about it and that's what she had said had happened to her, and she felt that that was the origin of her unhappiness."

Whitney Houston was one of the biggest pop stars of the 1980s and 1990s, selling 170 million albums and starring in the smash hit Hollywood love story "The Bodyguard".

The documentary strives to remove the taint of tabloid scandals and restore her status as the greatest female pop singer of her generation. It also explores her sometimes tenuous relationship with the African-American community.

Siblings and childhood friends told Macdonald that "Nippy", as she was known, was bullied as a girl for her light skin and squeaky-clean reputation but by her mid-teens was already using drugs.

A born talent who regularly blew away the parishioners of her Baptist church in New Jersey with her thrilling voice, Houston was groomed for stardom by her parents, gospel singer Cissy and civil servant John.

But Houston later grew estranged from her mother, who she blamed for her parents' divorce despite her father's rampant philandering and aggressive jealous streak.

Whitney's focus on fizzy pop hits like "I Wanna Dance with Somebody" alienated her from many African-Americans -- she was notoriously booed at the Soul Train Awards in the late 1980s.

The next decade, however, brought triumph after triumph and a degree of reconciliation with her black audience.

At a time when the country was swept up in patriotic fervour during the Gulf War, Houston was asked to sing "The Star-Spangled Banner" at the 1991 Super Bowl.

Music producer Babyface tells Macdonald that while many African-Americans reject the anthem's focus on state military might, Houston used her soaring interpretation to stress "the theme of freedom", creating one of her most memorable performances.

Kevin Costner, her co-star in "The Bodyguard" the next year, talks about the reaction to their groundbreaking biracial romance on screen. The movie and its soundtrack made Houston a global phenomenon.

She became the first star to perform in post-apartheid South Africa and her rendition of the film's ballad "I Will Always Love You", the top-selling female single of all time, is shown bringing the house down in Johannesburg in 1994.

The song was such a global hit that Saddam Hussein used an Arabic version of it as an Iraqi election campaign song.

"Whitney" is the second movie about Houston in less than a year. Another British documentary maker, Nick Broomfield, released his "Whitney: Can I Be Me" late last year.