HEADLINE Will the plunge in the US stock market trigger next financial crisis?

Will the plunge in the US stock market trigger next financial crisis?

Following Black Friday on February 2, the US stock market continued its plunge on Monday, which was the largest drop in percentage terms for the Dow since August 2011.

The market is asking a series of questions: what on earth is going on with US stocks? Trump just commented at World Economic Forum in Davos, forecasting there would be a bull run in the stock market as part of his achievements. Was his judgment wrong? What impact will the US stock plunge have on the global economy? Will it trigger the next financial crisis? Is a market correction overdue? Will there be an impact on A-shares in China?

Yu Fenghui, a finance commentator based in Zhengzhou, capital of Central China's Henan Province, told the People's Daily App on Tuesday that Trump’s economic policies are playing a positive role for US stocks and at least one week is needed as a correction. 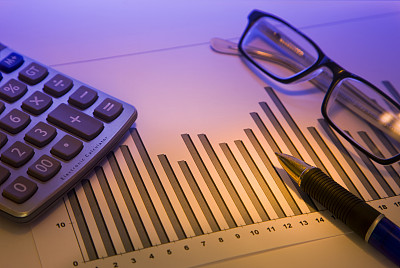 Above all, the current bull market in the US lasted as long as eight years, which is backed by US economic fundamentals, Yu said.

Even though the financial crisis in 2008 started in the US, its economy was the first to revive. The US is a market-oriented country and the stock market reflects its economy.

During the US economy revival, the Federal Reserve put an end to the quantitative easing and an increase in the interest rate hikes were all indicators of a strong economic recovery in the US.

The unemployment rate in the country dropped to a record low of 4.1 percent, economic growth reached more than 3 percent and the inflation rate was lower than 2 percent. This is the fundamental motivation behind the bull market in the US.

We need to understand that the impetus on US stocks is decreasing. Since December 2017, US stocks were supposed to “re-set” after a period of consolidation. However, the Dow raced 25 percent higher in 2017, getting even closer to 25,000 and making this year its best since 2013.

In percentage terms, Monday's nearly 1,600-point drop was a 6.2 percent decline. Its biggest previous intraday point drop was Aug. 24, 2015, when the Dow fell 1,089 points before recovering.

The declines in the benchmark S&P 500 index and the Dow Jones Industrial Average were the biggest single-day percentage drops since August 2011, a period of stock market volatility marked by the downgrade of the US credit rating and the euro zone debt crisis, and the Nasdaq Composite dropped 273.42 points, or 3.78 percent, to 6,967.53, according to Reuters on Monday.

There is the theory that every 10 years is a cycle for a financial crisis to break out. It’s been ten years since 2008.

Even though the US stock market has suffered two low days, the volatility in the stock market is still part of the normal market correction. As long as the Dow doesn’t drop below 20,000 points, the financial crisis will not break out, Yu predicts.

The key is whether the stock market stabilizes within the week, he added.

Although all experts concluded on the 1929 stock market crash there was no issue in the economic fundamentals, the result was the crisis broke out.

“The US still adopts a mechanism that allows the free market itself to be self-corrected and self-balanced. It will take at least one week to observe the outcome of Trump’s positive economic policies,” Yu noted.