HEADLINE Will Trump behave after veering off course as president for one year?

Will Trump behave after veering off course as president for one year? 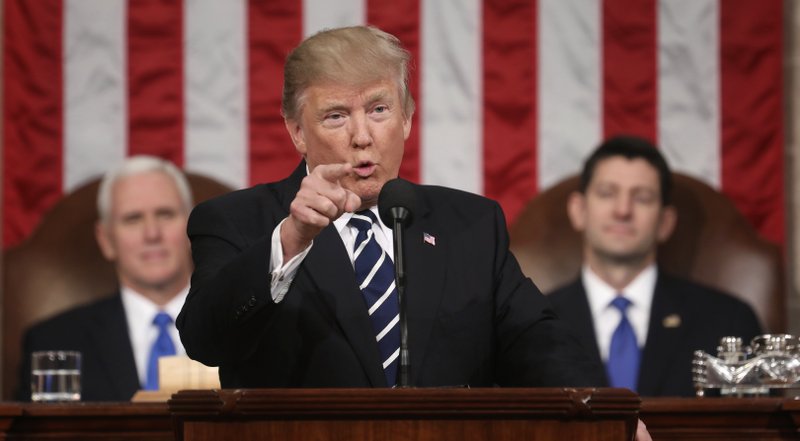 US President Donald Trump is set to deliver his first State of the Union address to a joint session of Congress on Tuesday, marking his one-year presidency and setting the agenda for the coming year.

After taking office in January 2017, Trump broke many conventional rules and abandoned the restrained tone, which was set to be adopted by a president. He shattered the stereotype and proved on both social media networking and formal occasions that he could deliver powerful speeches with a more outspoken tone to emphasize his vision as well as emotion.

Will Trump stick to the script?

Focusing on domestic affairs, Trump's first State of the Union address will obtain a tone of bipartisanship, said a senior administration official. Seeking a cooperative habitat in the White House may look surprising to many, but it seems that Trump has started to play by the rules and have acquired compromise – the art of politics, amid the ongoing Russian investigation and the recently ended 3-day government shut down. Is Trump getting normalized and ready to behave in a more presidential way? The State of the Union address can be a preview for this question's answer. 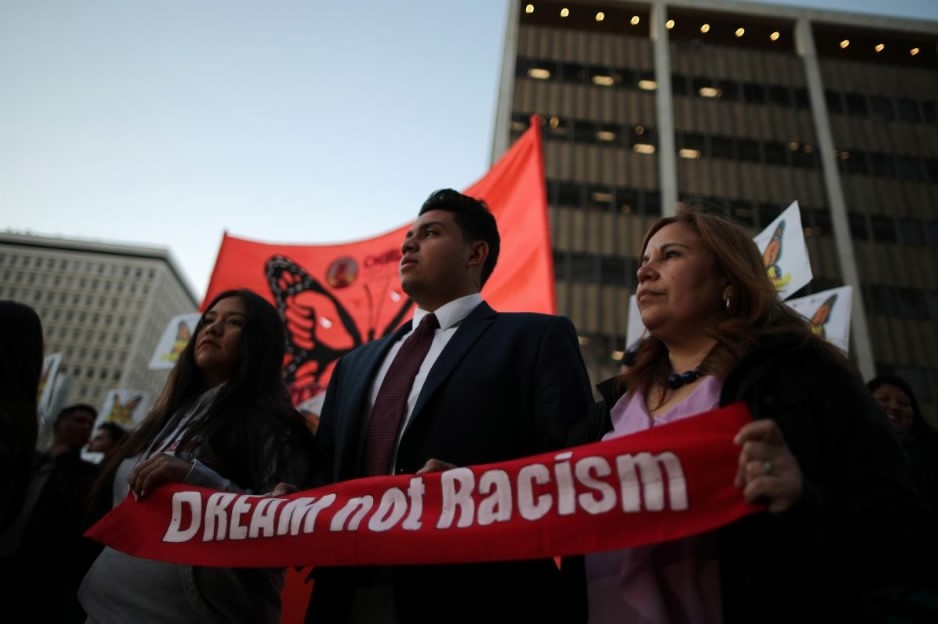 People protest for immigration reform for DACA recipients and a new Dream Act, in Los Angeles, California, US, on Jan. 22, 2018. /Reuters Photo

The speech will touch upon five main policy areas, said the official, including jobs and economy, immigration, infrastructure, trade and national security. As the speech's theme stated, Trump is planning to build "a safe, strong and proud America."

Is Trump ready to pull himeself back?

According to the official, Trump is expected to address his administration's tax cuts that passed in 2017 and will propose a $1.7 trillion spending on national infrastructure construction and rebuilding. The president is also planning to make "a series of conservative changes to the nation's immigration system," the New York Times reported, to offer citizenship to 1.8 million undocumented immigrant Dreamers, as Trump terminated the Deferred Action for Childhood Arrivals (DACA) program at the end of last year.

On trade, Trump will continue to emphasize "fair and reciprocal" practices that he addressed at the World Economic Forum in Davos, Switzerland, earlier this week, where he declared that he would "always put America first." For the topic of national security, the president vows to rebuild the military and promote peace through strength, according to the senior administration official. With an eye to the midterm elections and the presidential election in 2020, Trump will benefit from moderation, Sun Chenghao, Assistant Research Fellow to the Institute of American Studies of China Institutes of Contemporary International Relations told the People's Daily app. Getting back on track to the GOP mainstream is needed to help him reach more supporters beyond the people who voted for him in 2016.