HEADLINE With no access to computers, he uses a blackboard to teach

With no access to computers, he uses a blackboard to teach 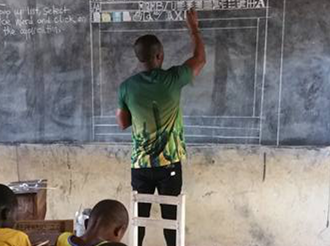 A Ghanaian teacher teaches Information and Communications Technology (ICT) to children without access to computers.

Richard Appiah Akoto teaches Information and Communications Techonology (ICT) with a blackboard in Ghana since the students have no access to computers.

He released several photos on Facebook, showing that he draws word processing windows to explain its features.

“I love my students so have to do what will make them understand what am teaching,” he said on Facebook with the photos.

Students aged 14 to 15 are required to pass a national exam in advance to high school, but Akoto’s school has had no computers since 2011, Quartz Africa reported.

Many people are impressed with his commitment and dedication to his students.

Since the photos were released, they have been shared thousands of times on Facebook and Twitter, and Akoto has received offers of donations for laptops and projectors.

Microsoft promised to send him a computer and give him access to its education material on Tuesday after Rebecca Enonchong, an entrepreneur, sent a tweet to Microsoft Africa. 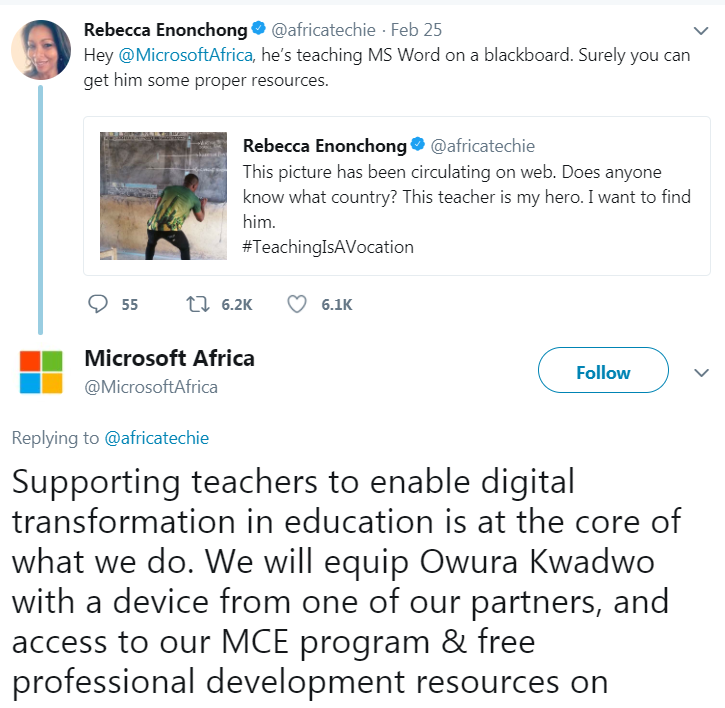