HEADLINE With punitive tariffs, Trump leverages US might and international order

With punitive tariffs, Trump leverages US might and international order 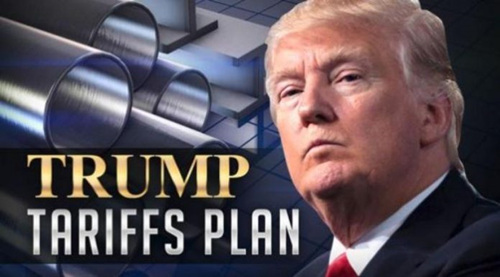 US President Donald Trump’s punitive tariffs on steel and aluminum go beyond enforcing trade policy goals. In NATO, tariffs are considered similar to blackmail and are a precedent for the World Trade Organization (WTO) that could make them obsolete in the future.

In his own country, Trump uses his power to exercise control and the Congress is incapable of stopping him. Nevertheless, Germany and Europe should react wisely.

Trump's world view: Whoever is not for America is against it

Anyone who thought Trump would be less of a populist in his role as president would have been proved wronged by him in his "America First" inaugural speech. As in the election campaign, Donald Trump ranted against free trade and threatened nations with tariffs. The proposals by Trump in the field of trade policy made it clear that trade relations with China and Germany, which were already strained under his predecessors, would hardly improve.

On the contrary, Wilbur Ross, former steel entrepreneur and now Trump's Secretary of Commerce reinforced his message that the US government should not accept "bad trade practices" and state-subsidized production abroad. For a long time, the Director of the White House National Trade Council, economist Peter Navarro, wants to stop the "rise of China", above all with protectionist means, which he blames on his zero-sum thinking for the "descent of America".

Security as a commercial blackmail maneuver

Finally, Trump also ignored the security objections of US Secretary of Defense James Mattis, who had warned that America would punish allies such as Germany, Japan and South Korea with flat-rate trade tariffs. Ultimately, Trump even manipulated this security justification to mean the opposite: addressed to European partners such as Germany, the president argued that true allies would not "strip America" of trade.

Not only that, Trump added that these partners should first fulfill their military obligations to NATO and meet the "two percent target" that the defense pact wants members to fulfill by spending two percent of their defense and military gross domestic product by 2024. Thus, the President not only combines trade and security goals, his maneuver equals blackmail.

Canada and Mexico, US’ neighbors, have so far been spared the tariffs — but only so that Trump could continue to hold the bargaining chip for negotiations in the North American Free Trade Agreement NAFTA. However, with this move and his undefined trade and security policy, Trump is not only diluting confidence in NATO but also undermining the rules of the WTO and doing damage to the mechanism of controlling violence in the US political system.

A dangerous precedent for the WTO

The "realistic" policy of the US President and his National Security Adviser, which is also described as realistic in the current US National Security Strategy, contradicts the preferred liberal-internationalist notion of a rule-based world order in Germany, according to which international organizations such as the United Nations and the WTO play a central role. In the worldview of Trump, in which maximum military power justifies the right of the fittest, multilateral organizations are an obstacle: after all, they are geared toward helping and lending strength to international law, to which votes are given — according to Trump's opinion — to help "weaker ones" in the concert of nations.

So, Trump dismisses the multilateral world trading system, which he repeatedly portrays as a "bad deal" for America. If the countries affected by the tariffs call on the arbitrator and sue the US before the World Trade Organization, it would not even upset the US president, according to his current rhetoric: In the worst case, US President Trump could from the outset abandon America's WTO exit and Declare World Trade Organization irrelevant. Even at best, arbitration would take a long time and probably take effect only after Trump's term expires.

Much more consequential, however, is the fact that Trump is mixing trade and security policy: for it is questionable whether the WTO can at all settle disputes over trade measures founded on national security. Following the US example, other countries could impose customs duties in the name of national security. That would quickly put an end to a WTO-regulated international trade order. 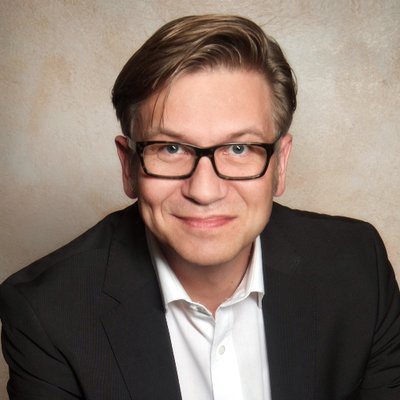 Dr. Josef Braml is a US expert of the German Council on Foreign Relations (DGAP) and author of the book "Trumps America - At the Cost of Freedom".

(Compiled by Feng Xuejun in Berlin)