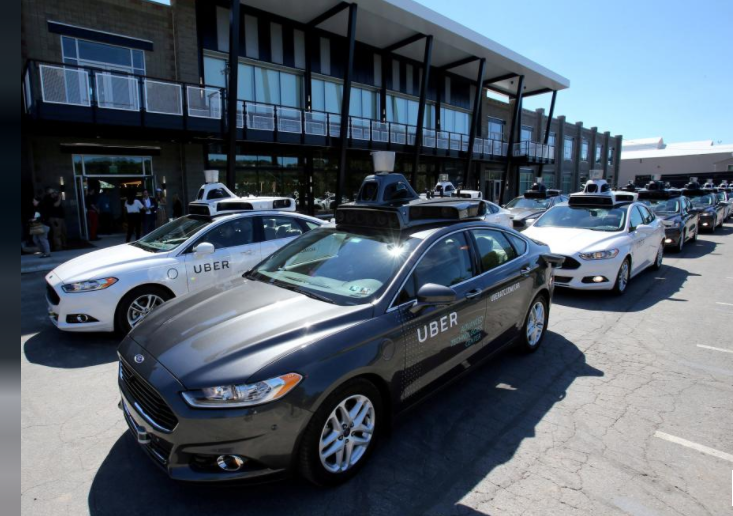 FILE PHOTO: A fleet of Uber's Ford Fusion self driving cars are shown during a demonstration of self-driving automotive technology in Pittsburgh, Pennsylvania, US September 13, 2016 (Photo: Reuters)

A woman was killed by an Uber self-driving sport utility vehicle in Arizona, police said on Monday, and the ride hailing company said it had suspended its autonomous vehicle program across the United States and Canada.The accident in the Phoenix suburb of Tempe marked the first fatality from a self-driving vehicle, which are being tested around the globe, and could derail efforts to fast-track the introduction of the new technology.The vehicle was in autonomous mode with an operator behind the wheel at the time of the accident, which occurred overnight Sunday to Monday, Tempe police said.“The vehicle was traveling northbound ... when a female walking outside of the crosswalk crossed the road from west to east when she was struck by the Uber vehicle,” police said in a statement.

The woman later died from her injuries in a hospital, police said. Her name has not been released because her next of kin had not yet been notified, police said.

Tempe police could not immediately be reached for further comment.

The vehicle involved in the accident was a Volvo, a person familiar with the matter said. Local television footage of the scene showed a crumpled bike and a Volvo XC90 SUV with a smashed-in front.

The US National Highway Traffic Safety Administration and National Transportation Safety Board said they were sending investigative teams to probe the crash. NHTSA also said it was in contact with Volvo.A spokesman for Uber Technologies Inc said the company was suspending its North American tests. In a tweet, Uber expressed its condolences and said the company was fully cooperating with authorities.