Emblazoned with a black high heel shoe with a pink background, extra-wide parking spaces for women have sparked debate on sexism on social media in China.

The parking spots at the Jiande and Tonglu highway service areas in east China's Zhejiang Province are 1.5 times the size of normal spaces, with the color and icon indicating "women only."

"It's significantly larger, and I find it a very considerate design," said Yang Xin, a female driver who recently got her driver's license. 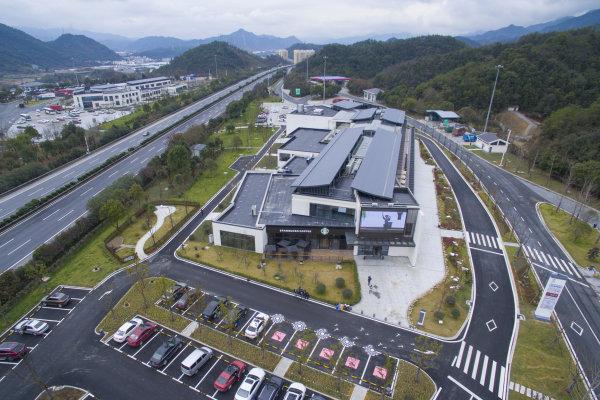 Weibo, China's top microblogging site, has been awash in debate over women's parking spaces, with many contending that the spots perpetuate the stereotype that women are bad drivers.

Yet many female netizens were on board with the spots, saying they just showed concern for those in need, and calling them an example of gender discrimination was an overreaction.

According to a survey on Weibo, 63.7 percent of 1,700 respondents said it was a good idea to designate female-only parking spaces.

Fang Hongying, manager of Jiande highway service area, said that the women's only parking spots were launched in October 2017, and that driving skills were only part of the reason behind them. 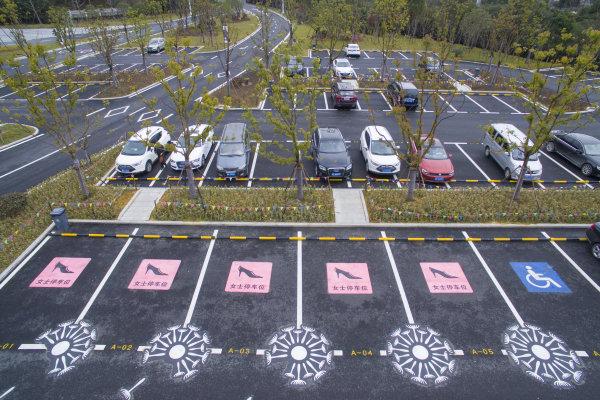 "The women's parking spaces are closer to exits and monitoring systems, which is more convenient for female drivers to take a break or go shopping in the main building, and much safer, especially at night," she said.

"If it could be called a parking space for new drivers, the discrimination label could be shrugged off," said Chen Jianguo, associate professor of sociology at North China Electric Power University. 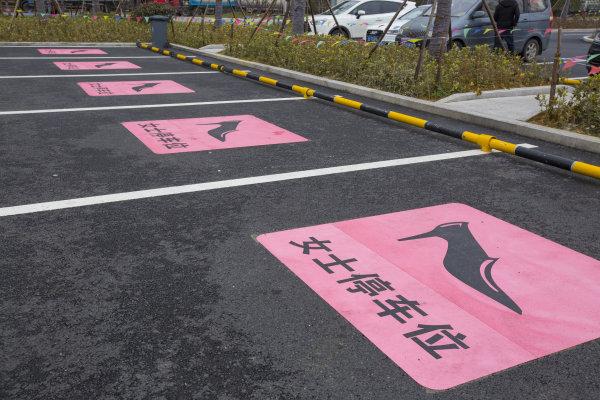 A number of priority seats, corridors and subway carriages for women have appeared in public venues in Chinese cities in recent years. Women's security check channels have been opened at airports in cities like Beijing, Shenzhen, Wuhan and Guangzhou, as security staff explain that the special lane can improve efficiency and protect the privacy of female passengers.