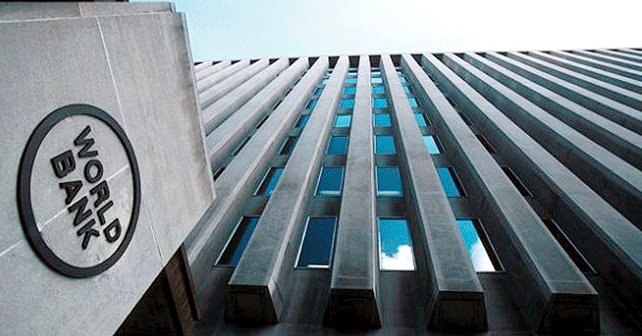 Washington (People's Daily) -- On Tuesday, the World Bank announced that global economic growth should advance by 3.1 percent for the year after a much stronger-than-expected 2017. But some have said it’s a short-term upswing.

For China, World Bank forecasts the Asian nation’s growth at 6.4 percent in 2018.  China advanced to a modest 6.8 percent last year, mainly due to an acceleration of exports as global demand solidified.

Risks in East Asia and the Pacific region, such as geopolitical tension on the Korean Peninsula, could negatively affect investor confidence and trigger financial instability.

A faster-than-expected tightening of financing regulations or a steeper-than-expected slowdown of major economies, including China, could exacerbate existing financial vulnerabilities.

Over the longer term, slowing potential growth — a measure of how fast an economy can expand when labor and capital are fully employed — puts at risk gains in improving living standards and reducing world poverty.

Growth in advanced economies is expected to be moderate, roughly 2.2 percent for 2018, as central banks gradually remove their post-crisis accommodation, and asinvestment upturns stabilize.

“The broad-based recovery in global growth is encouraging, but this is no time for complacency,” World Bank Group President Jim Yong Kim said.

“This is a great opportunity to invest in human and physical capital. If policymakers around the world focus on these key investments, they can increase their countries’ productivity, boost workforce participation, and move closer to the goals of ending extreme poverty and boosting shared prosperity,” said Kim.

2018 is on track to become the first year since the financial crisis, and the global economy will perform at or near full capacity.

With slack in the economy expected to decrease, decisionmakerswill need to look beyond monetary and fiscal policy tools to stimulate short-term growth and consider initiatives more likely to boost long-term potential.

The slowdown in potential growth is the result of years of softening productivity growth, weak investment, and an aging global labor force. The deceleration is widespread, affecting economies that account for more than 65 percent of global GDP.

Without efforts to revitalize potential growth, the decline could crawl into the next decade, slowing average global growth by a quarter percentage point and average growth in emerging markets and developing economies by half a percentage point.

“An analysis of the drivers of the slowdown in potential growth underscores the point that we are not helpless in the face of it,” said World Bank Senior Director for Development Economics, Shantayanan Devarajan.

Escalating trade restrictions and rising geopolitical tensions could dampen confidence and activity. On the other hand, stronger-than-anticipated growth could also materialize in several large economies, further extending the global upturn.