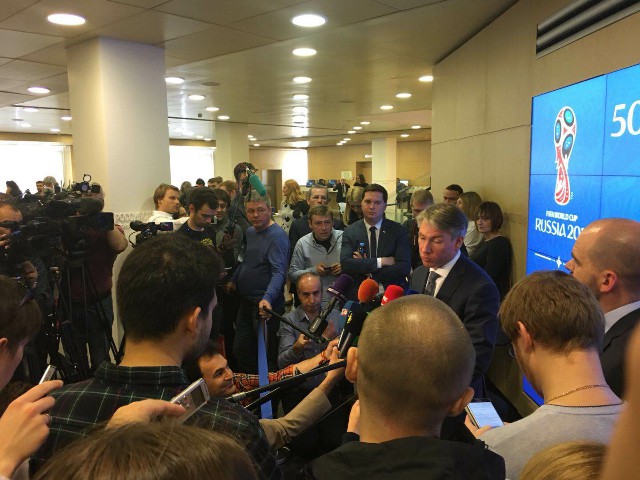 Moscow (People's Daily) - The preparations for the 2018 FIFA World Cup have added 867 billion rubles ($14 billion), or around 1 percent, to Russian gross domestic product (GDP) between 2013 and 2018, according to a study by the tournament’s organizing committee released on Wednesday.

The study also forecasts the soccer World Cup, set to run from June 14 to July 15, could boost Russia's GDP by 150 billion to 210 billion rubles per year over the next five years.

Russian Deputy Prime Minister Arkady Dvorkovich said at a press conference that the World Cup is not just a project for the country and government, but also a dream of several generations.