Boston, Calgary, Perth and Macau – all associated with material wealth – have failed to make this list of the 15 richest cities in the world, compiled by market research firm New World Wealth.

The data gathered by the researchers reflects the total amount of private wealth held by all the individuals living in each of the cities on the list. Unlike traditional ratings, this top 15 is not based on Gross Domestic Product (GDP), but reflects analysis that covers all assets, such as property, cash, equities and business interests, excluding liabilities. Government funds are included. 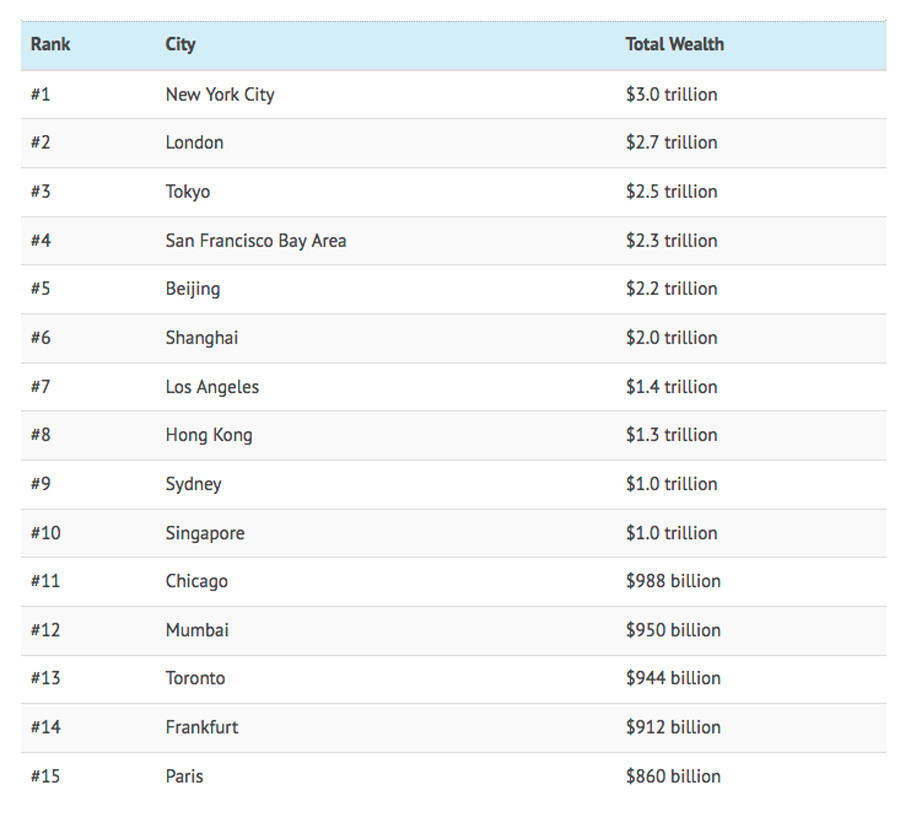 According to New World Wealth, wealth is a measure that differs from a GDP indicator, which is another common metric used to gauge economic power. The research firm revealed that Houston, Geneva, Osaka, Seoul, Shenzhen, Melbourne, Zurich and Dallas had just missed out on the top 15.