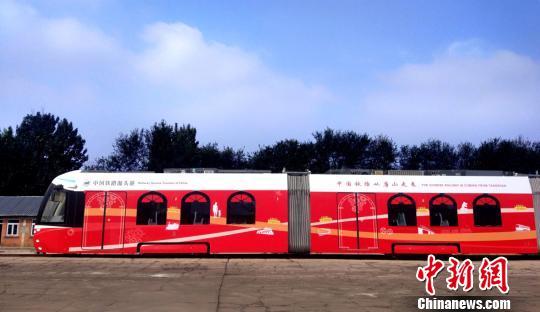 A China-made tram powered by hydrogen fuel cells was put into commercial operation Thursday in Tangshan, north China's Hebei Province.
It is the first commercial hydrogen-powered tram in the world and made by China Railway Rolling Corporation (CRRC) Tangshan Co., Ltd.
With water being its only emission, the tram emits no pollutants. No nitrogen oxides will be produced as the temperature of the reaction inside hydrogen fuel cells is controlled under 100 degrees Celsius.
The distance between carriage floor of the tram and the rail is only 35 centimeters thanks to the latest low-floor technology, which can remove station platforms and thus making boarding easy for passengers.
It can be refilled with hydrogen in 15 minutes and can run for 40 km at a maximum speed of 70 km per hour.
The tram operates on a 136-year-old railway in Tangshan City, one of China's earliest industrial cities, and links several of its industrial heritage sites.