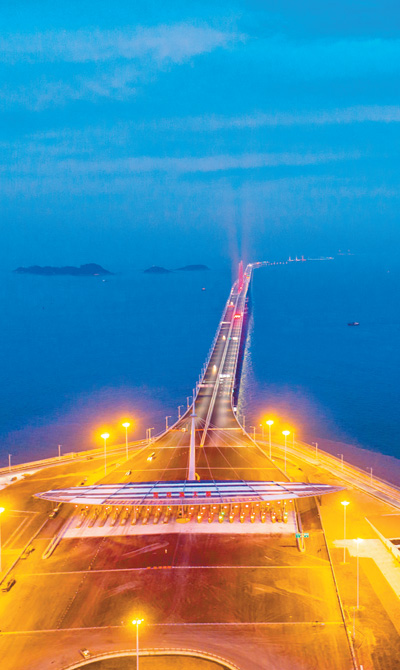 According to a conference on completion-based check and acceptance of the bridge on Tuesday, the quality of the major work on the 55-kilometer-long bridge has met the design and construction standard, which is considered suitable for trials.

Major work on the bridge began on the Hong Kong side in January 2011 and was completed on December 31, 2017, including a 22.9-kilometer-long main bridge, a 6.7-kilometer-long tunnel and an artificial island off the bridge.

Due to the limited time for the project, robots were used in the welding and assembly line to produce the steel box girders.

“The amount of steel used for the bridge reached 425,000 tons, which is equivalent to 60 times the steel used to build the Eiffel Tower. It is the world’s first bridge to use this much steel,” said Zhang Jinwen, project director with the HZMB Authority. 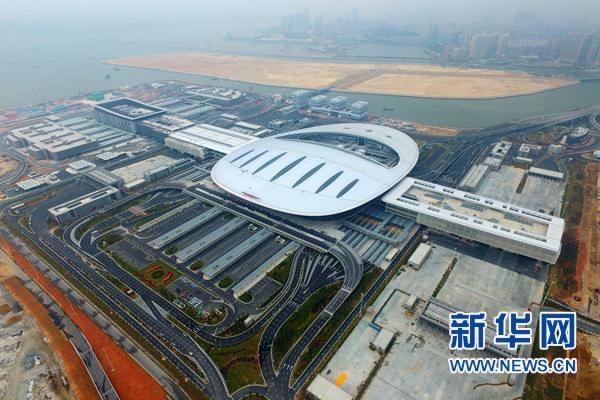 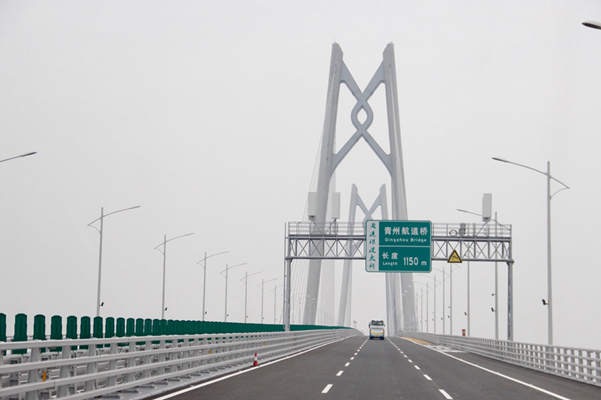 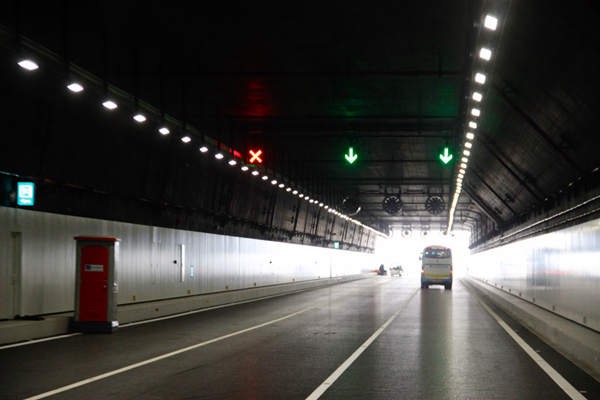 A bus runs through the tunnel of the Hong Kong-Zhuhai-Macao Bridge on Feb 6, 2018. (Photo: chinadaily.com.cn)