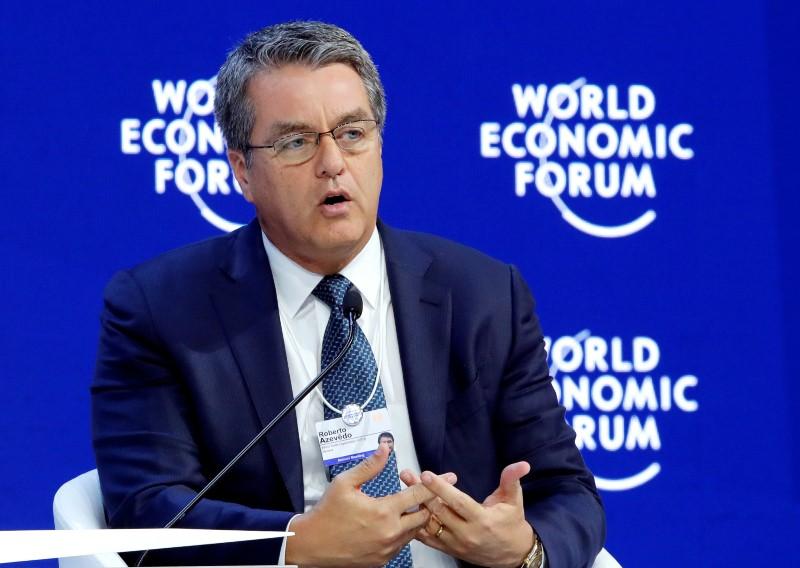 The head of the World Trade Organization told member states on Monday they must prevent“the fall of the first dominoes” in a trade war and warned of a real risk of triggering an escalation of global trade barriers and a deep recession.

World trade policy is in turmoil because of U.S. President Donald Trump’s announcement last week that he planned to put controversial tariffs on steel and aluminum, prompting threats of tit-for-tat actions and concerns for the trade system itself.

“We must make every effort to avoid the fall of the first dominoes. There is still time,” WTO Director General Roberto Azevedo told the heads of WTO delegations at a closed-door meeting in Geneva.

“In light of recent announcements on trade policy measures, it is clear that we now see a much higher and real risk of triggering an escalation of trade barriers across the globe,” Azevedo said, according to a copy of his statement released by the WTO.

Azevedo is normally very conservative in remarks about WTO members’ trade policies, but he also plays a role as a guardian of the global trading rules, a bulwark against protectionism.

On Friday he broke his silence on Trump’s tariff plan, expressing concern and saying a trade war would be in nobody’s interest.

In his statement at Monday’s meeting, he did not name any one country but sounded a more urgent warning.

“Once we start down this path it will be very difficult to reverse direction. An eye for an eye will leave us all blind and the world in a deep recession,” Azevedo said.

Trade officials said that many diplomats at the meeting voiced concern about protectionism, and 11, including the 28-state European Union, expressed very strong concerns about Trump’s announcement on Thursday specifically.

As well as the EU, Mexico, Japan, Australia, China, South Korea, Brazil, Norway, Canada, India and Venezuela all warned of the knock-on effect of Trump’s action and urged the United States to think again.

Trade officials said the U.S. representative at the meeting, originally called to discuss a recent ministerial conference in Argentina, spoke only about the original agenda without mentioning the furor over the U.S. tariff plan.