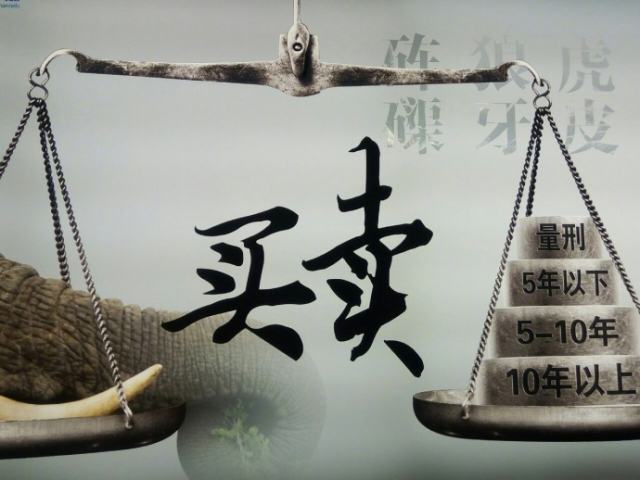 Starting from Sunday, it will be illegal to process or sell ivory and its products in China.

WWF said in a statement that with the doors to the ivory trade closing in China, the world starts 2018 "a step closer to a land free of the slaughter of endangered animals".

"China's actions, more than those of any other country, can reverse the trend of elephant poaching and illegal ivory trafficking, and have a significant impact on the future survival of African elephants," it said.

A recent WWF survey shows that the ban has widespread support from a strong majority of consumers surveyed and that it is likely to substantially reduce ivory purchase.

"This ban means we start 2018 a step closer to a world where the demand for ivory is extinct not elephants," Kumah said.

China's State Forestry Administration has said that by honoring its commitment to ending commercial processing and sales of ivory by the end of 2017, China has sent a "new year gift to the elephant".

Chinese government figures show that the move will affect 34 processing enterprises and 143 designated trading venues, with all of them to close, in the world's once largest ivory market.

John E. Scanlon, Secretary General of the Convention on International Trade in Endangered Species of Wild Fauna and Flora (CITES), also praised China's latest move and commented that "there is certainly reason for hope".

"The world still needs to do more to tackle both supply and demand to put an end to the poaching of elephant and trafficking in ivory," he said.