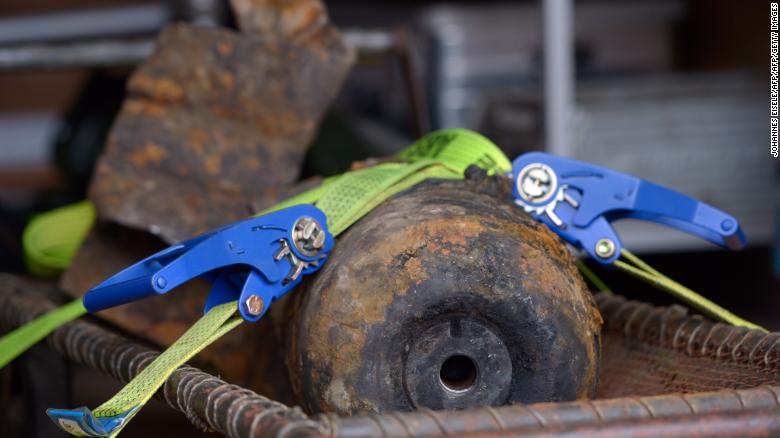 The planned disposal of an unexploded World War II bomb Friday will force a mass evacuation around Berlin's central railway station and likely spark transport chaos in the German capital.

Trains, trams, buses and even some flights at the city's Tegel airport will be halted when a police bomb squad starts defusing the British 500-kilogramme (1,100-pound) bomb unearthed on a building site.

Authorities have declared an exclusion zone with an 800 metre (875 yards) radius around the site located just north of the central railway station, a transport hub that on a normal day is used by 300,000 passengers.

The exclusion zone covers the train station, an army hospital, the economy ministry, an art gallery and a museum as well as part of the BND intelligence service's new headquarters.

Many thousands of residents and employees will have to stay clear of, or leave the area by 9:00 am local time (0700 GMT), and not return until the bomb is safely defused.

Angela Merkel's chancellery building and the Reichstag (parliament) lie just a few hundred metres to the south of the no-go zone and therefore can keep operating as usual.

More than 70 years after the end of the war, unexploded bombs are regularly found, a potentially deadly legacy of the intense Allied bombing campaign against Nazi Germany.

Some 3,000 are believed to still lie buried in Berlin, a city of three million people, where bomb disposal squads are well-practiced in defusing them and other ordnance.

It was unclear how long the bomb disposal squad would take to disable the bomb found during construction work on Heidestrasse in the district of Mitte.

"It depends on how long the evacuation takes and of course the condition of the bomb," police spokesman Martin Halweg told the Tagesspiegel daily.

Police, who issued the warning Wednesday, have asked residents to stay with family or friends or head to one of two emergency shelters set up at nearby schools.

They said the bomb was "safe for now", reassuring nearby residents that "there is no immediate danger".

Trains will run straight through the central railway station without stopping from 0800 GMT, and all rail traffic there will cease from 0930 GMT, said operator Deutsche Bahn.