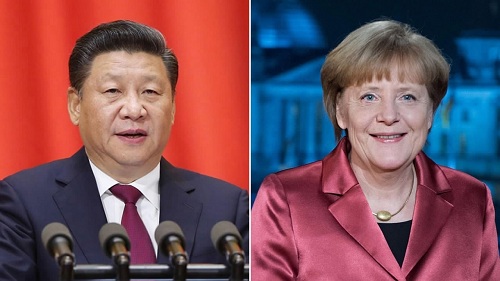 During the conversation, Xi extended his congratulations to Merkel on her election as German chancellor for the fourth time, and Merkel congratulated Xi on his election as Chinese president by a unanimous vote on Saturday morning at the ongoing session of the 13th National People's Congress.