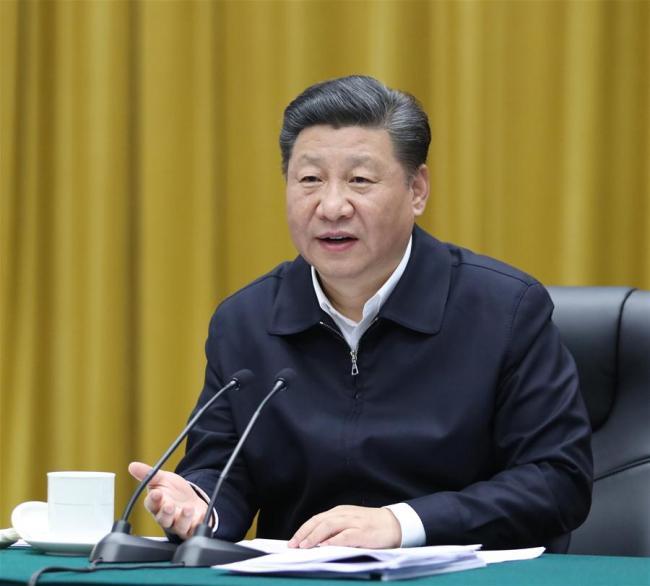 Chinese President Xi Jinping has called for sticking to the new development philosophy and winning the "three tough battles."

Xi, also general secretary of the Communist Party of China (CPC) Central Committee and chairman of the Central Military Commission, made the remarks during an inspection tour in central China's Hubei Province from Tuesday to Saturday.

He stressed the importance of "fully implementing the spirit of the 19th CPC National Congress and following the Thought on Socialism with Chinese Characteristics for a New Era."

Xi urged efforts to "stick to the new development philosophy, pursue progress while ensuring stability, focus on winning the three tough battles, and solve the problem of unbalanced and inadequate development."

Forestalling and defusing major risks, carrying out targeted poverty alleviation, and preventing and controlling pollution have been identified as the three tough battles that China must win.