HEADLINE Xi calls on China, US to maintain communication on trade issue

Xi calls on China, US to maintain communication on trade issue 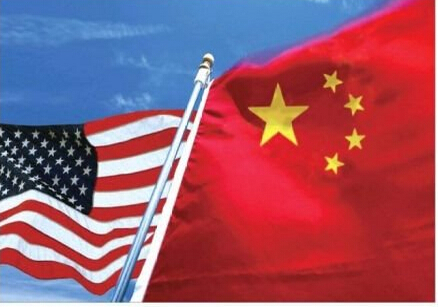 Chinese President Xi Jinping said on Tuesday that China and the United States should maintain communication to try to find a way to properly solve their trade issue and achieve mutually beneficial and win-win results.

Xi made the remarks during a phone conversation with US. President Donald Trump. The two leaders also exchanged views on China-US relations and the situation on the Korean Peninsula.

Xi said he hopes that the two countries will earnestly implement the consensus reached by him and Trump during the US president's visit to China last November.

China and the United States should maintain high-level exchanges and those at all levels under the principles of mutual respect and mutual benefit, Xi said, adding that the two sides should focus on cooperation and work to manage differences so as to promote healthy and stable development of bilateral ties.

Economic and trade cooperation has always played the role of ballast and propeller in the China-US relations, Xi said, adding that the two sides had open, efficient and constructive negotiations last week in Beijing on the trade issue.

For his part, Trump said Washington attaches great importance to the US-China relations and he is looking forward to continuing keeping close contacts with Xi.

Trump expressed his willingness to make concerted efforts with China to strengthen practical cooperation in various fields, properly handle the US-China trade issue, promote the US-China relations to achieve greater development so as to benefit the two peoples.

The two heads of state also exchanged views on the Korean Peninsula issue. Xi reaffirmed China's stance, stressing that China supports a planned meeting between leaders of the United States and the Democratic People's Republic of Korea (DPRK).

China hopes that Washington and Pyongyang can meet each other halfway, build on mutual trust, take phased approach and resolve each other's concerns through dialogue, so as to jointly push for a political solution to the Korean Peninsula issue, Xi said.

He asked the US side to consider Pyongyang's reasonable security concerns.

Xi said China is willing to continue playing an active role in realizing the denuclearization of the Peninsula as well as the lasting peace and stability in the region.

Trump said the US side highly values China's stance on the Korean Peninsula issue and appreciates China's important role, noting that his country will enhance communication and coordination with China to jointly push forward a solution through talks and negotiations.