Chinese President Xi Jinping congratulated Miguel Diaz-Canel on his election as the new Cuban president in a message on Thursday. 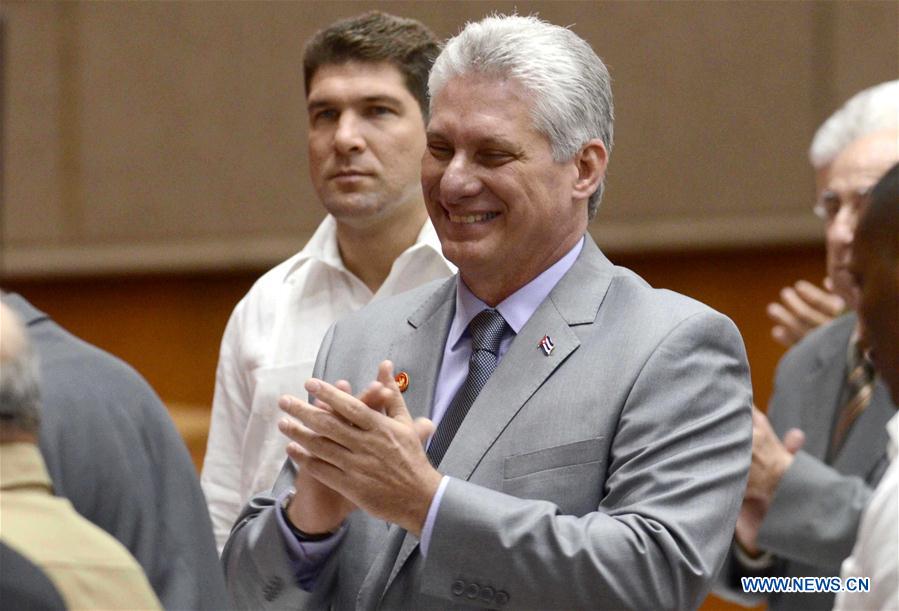