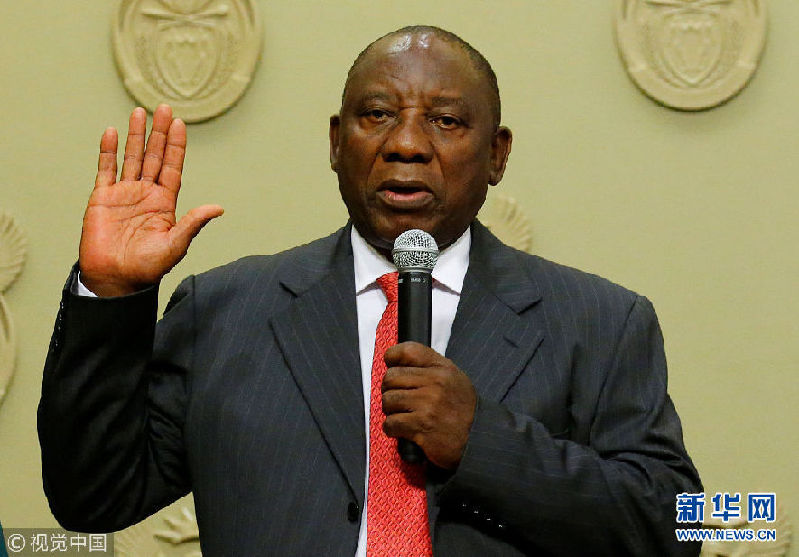 In his congratulatory message, Xi called Ramaphosa an old friend of the Chinese people who has made important contributions to the development of bilateral relations.

"I attach great importance to developing the China-South Africa relationship," Xi said, adding that he stands ready to work with Ramaphosa to lift their countries' comprehensive strategic partnership to higher levels.

The Chinese leader also suggested that the two sides support each other in hosting later this year the Beijing Summit of the Forum on China-Africa Cooperation and the Johannesburg Summit of the emerging-market bloc of BRICS, which also groups Brazil, Russia and India.