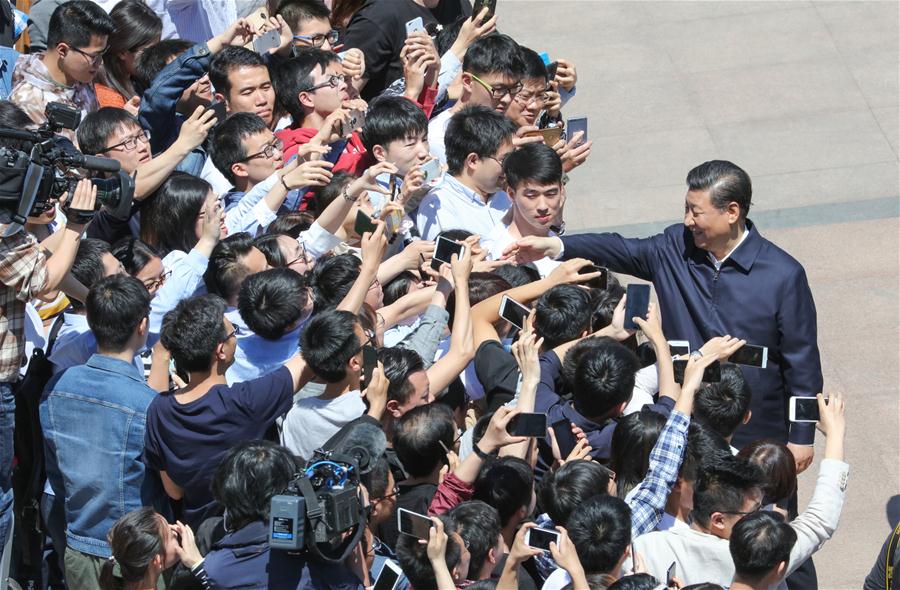 BEIJING, May 3 (Xinhua) -- President Xi Jinping has encouraged lifetime loyalty to the Party among young people, ahead of China's Youth Day, which falls on May 4.

Xi, also general secretary of the Communist Party of China Central Committee and chairman of the Central Military Commission, made the statement in a message to some students from China University of Political Science and Law, who had written him a letter recently.

He urged the students to have firm faith, nurture virtue, study hard, and work to become individuals with ideals, ability and a strong sense of responsibility, well-prepared to join the socialist cause and contribute to the rule of law and national rejuvenation.

Xi joined the students in a Communist Youth League activity themed "Remain true to your original aspiration and follow the Party" during his visit to the university on May 3, 2017.

In writing to Xi, the students said that some had joined the Party and others were actively preparing to do so. They also volunteered to raise legal awareness among the general public and to support education in underdeveloped areas in the past year.

Their determination to follow the Party and make contributions to the motherland had been strengthened through such work, they said.