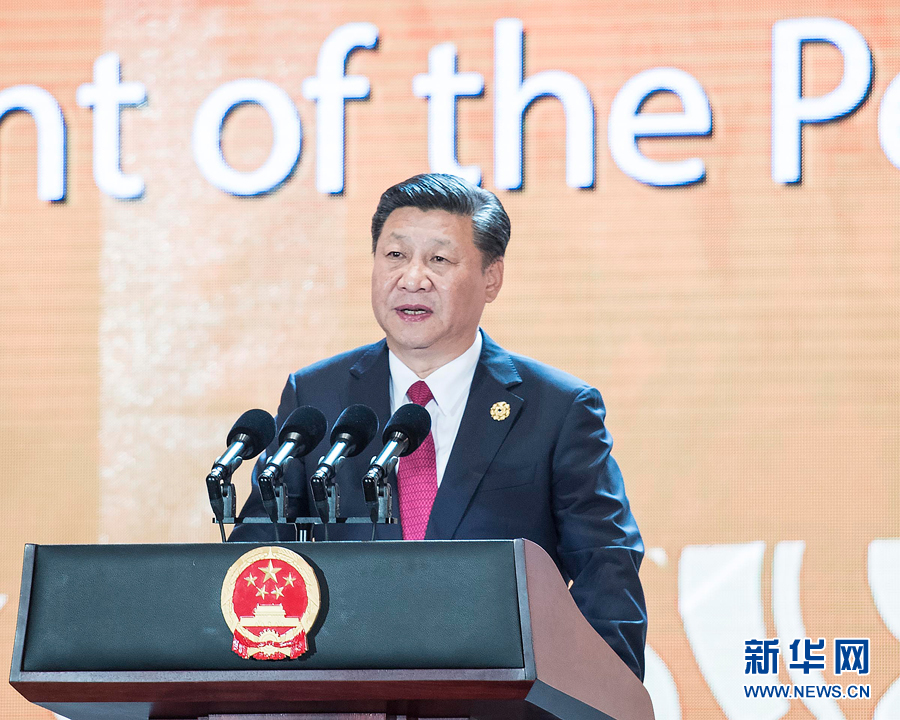 Chinese President Xi Jinping on Saturday underscored the significance of innovation, opening-up and inclusive development for a new round of global prosperity.
Speaking at the 25th Asia-Pacific Economic Cooperation (APEC) Economic Leaders' Meeting in Vietnam's central city of Da Nang, Xi called on the 21 APEC members to promote innovation as a strong growth driver, open up their economies to create more space for development, pursue inclusive development to enhance their people's sense of fulfillment, and enrich their partnerships and deliver benefits to all involved.
"History has taught us that closed-door development will get nowhere, while open development is the only right choice," he said.
Xi said the APEC members need to remain true to the group's founding purpose: advance trade and investment liberalization and facilitation, build an open economy, uphold and strengthen the multilateral trading regime, and help rebalance economic globalization.
"We need to take determined steps toward a Free Trade Area of the Asia-Pacific in line with the agreed roadmap, and herald a new round of development in the Asia-Pacific in the course of opening up," he said.

Noting that next year will mark the 40th anniversary of China's reform and opening-up, Xi said that in nearly four decades China has opened its arms to embrace the world and achieved "leapfrog development" of itself in this process.
"Looking ahead, China will open still wider and its development will deliver even greater benefits to the rest of the world," he said.
He told the other APEC economic leaders that starting from next year, China will hold an International Import Expo.
"I am sure this new platform of mutually beneficial cooperation will help all parties to better share the opportunities of China's development," he said.
The leader of the world's second largest economy also underlined the role of innovation in driving China's economic development over the past years.
He noted that on-line retail sales in China, which now has 750 million Internet users, are growing by 30 percent a year, with the "sharing economy" volume having reached 3.5 trillion yuan (around 528 billion U.S. dollars) and mobile payment transactions having exceeded 158 trillion yuan (23.84 trillion dollars).
Xi called for greater efforts to address the lack of inclusiveness in development, which is a problem facing many economies, in a bid to enable more people to share the benefits of development.
He asked the APEC members to develop a stronger sense of community, harmonize their policies and create synergy.
"As we have agreed on the direction and framework of an Asia-Pacific partnership, it is time to take solid steps toward this goal," he said.