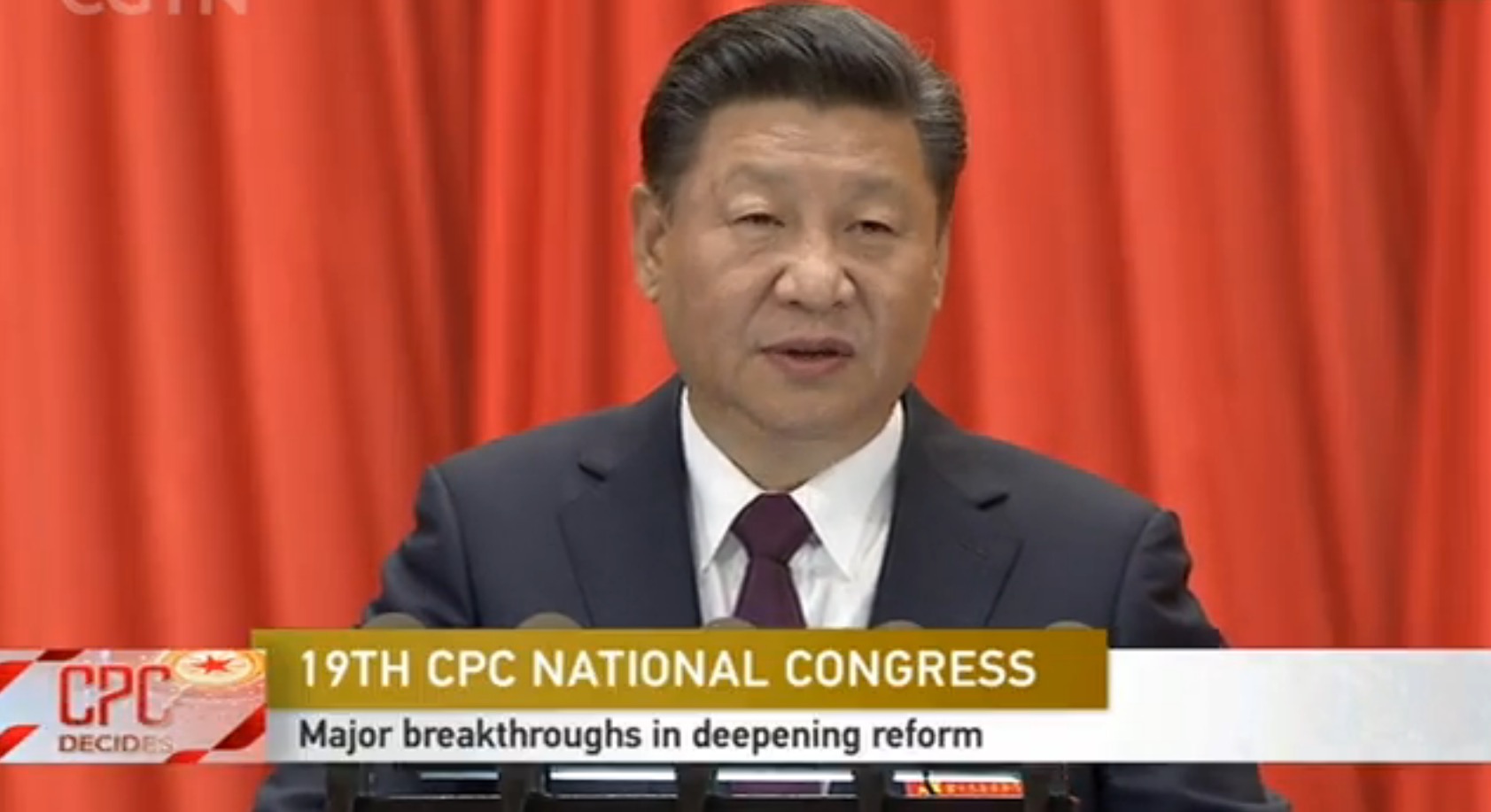 Xi Jinping on Wednesday called on all members of the Communist Party of China (CPC) to "secure a decisive victory in building a moderately prosperous society in all respects and strive for the great success of socialism with Chinese characteristics for a new era."

Xi made the remarks in a report to the 19th CPC National Congress on behalf of the 18th CPC Central Committee.

This is the first time for Xi, who was endorsed as the core of the CPC at the sixth plenary session of the 18th CPC Central Committee last year, to deliver a report at the Party's national congress.

The original aspiration and the mission of Chinese Communists is to seek happiness for the Chinese people and rejuvenation for the Chinese nation, Xi told more than 2,300 delegates attending the country's most important political meeting in five years.

The 96-year-old CPC has more than 89 million members with more than 4.5 million grassroots organizations.