Xi Jinping named The Straits Times' Asian of the Year 2017 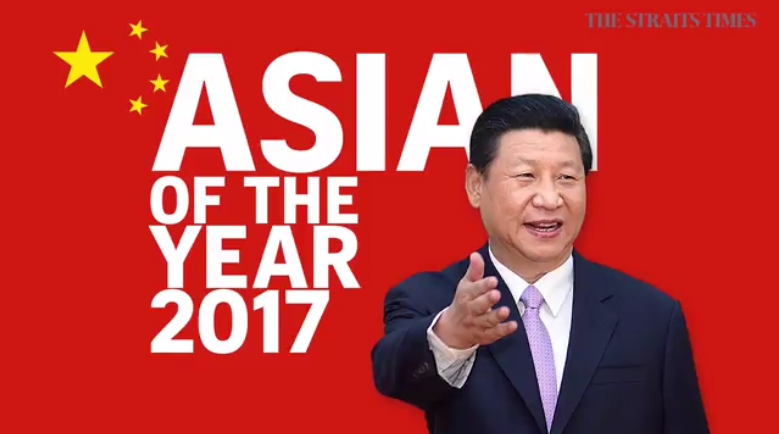 Chinese President Xi Jinping has been named The Straits Times' Asian of the Year, the Singapore-based newspaper announced on Tuesday.

It is first time that a newsmaker has won the award twice, the Straits Times said.

Xi, 64, was chosen for "having been a crucial source of stability at a time of great uncertainty for the region and the world", it noted.