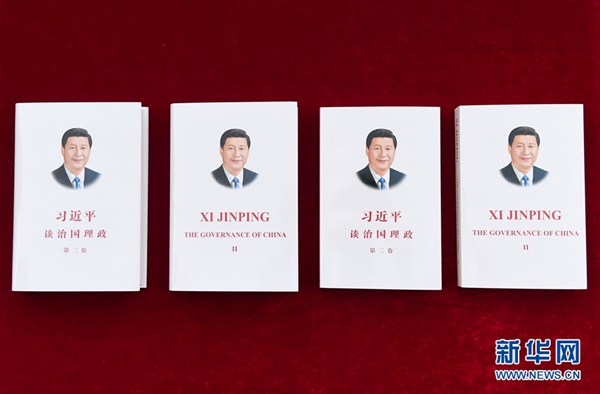 "As an important content of the amendment, the inclusion of Xi's thought into the country's fundamental law reflects the common aspiration of the entire Party and all Chinese people of various ethnic groups," said Shen Chunyao, chairman of the Commission for Legislative Affairs of the 12th NPC Standing Committee.

Xi's thought is the latest achievement in adapting Marxism to the Chinese context and encapsulates the practical experience and collective wisdom of the Communist Party of China (CPC) and the people, Shen noted.

"It has been the fundamental theoretical guide for the historic achievements and shifts made in the cause of the Party and the country since the 18th CPC National Congress," Shen said.

The addition of Xi's thought and the Scientific Outlook on Development has ensured the country's guiding theories to advance with the times, according to Shen.