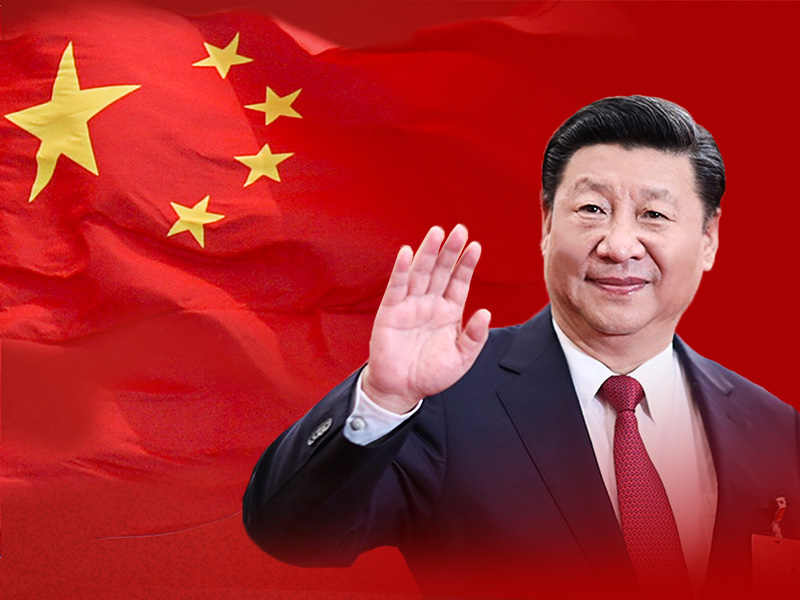 Xi Jinping was elected Chinese president by a unanimous vote Saturday morning at the ongoing session of the 13th National People's Congress (NPC).

Thunderous applause reverberated in the Great Hall of the People when the election result was announced.

Xi, 64, stood up and bowed, while the voters responded by standing up and clapping vigorously. Li Keqiang and Zhang Dejiang, who stood beside Xi, shook hands with him and expressed congratulations.

Xi was also elected chairman of the Central Military Commission (CMC) of the People's Republic of China (PRC) by a unanimous vote.

Right after the election, Xi took a public oath of allegiance to the Constitution.

This was the first time for a Chinese president to take such an oath upon assuming office.

Last October, Xi was elected general secretary of the Central Committee of the Communist Party of China (CPC) and appointed CMC chairman of the CPC at the first plenary session of the 19th CPC Central Committee.

He was first elected general secretary of the CPC Central Committee in late 2012, and Chinese president and CMC chairman of the PRC in March 2013.

In the president's first five-year tenure, China has made historic achievements and undergone historic changes -- Having "stood up" and "grown rich," China is "becoming strong."

Xi told the Party's 19th National Congress in the opening speech that socialism with Chinese characteristics had entered "a new era."

At the Party congress, Xi Jinping Thought on Socialism with Chinese Characteristics for a New Era was written into the CPC Constitution, and into the country's Constitution on March 11, making it the guiding principle of China.

He laid out a two-step approach to future development: working to basically realize socialist modernization from 2020 to 2035; developing China into a great modern socialist country from 2035 to the middle of the century.

"I am so lucky to be part of such a great age led by a great man," said Yu Zhigang, an NPC deputy. "The unanimous vote showed that as our leader Xi has our full support and trust and bears our high expectation."

Gesang Zhoigar, an NPC deputy from Tibet Autonomous Region, was also deeply touched by the election. "Being one of more than 3 million people from Tibet, I have strong trust in Comrade Xi, the whole Party's core, our nation's leader and the army's commander," she said.

Also on Saturday, lawmakers elected Li Zhanshu as chairman of the 13th NPC Standing Committee and Wang Qishan as vice president of China.

A total of 14 vice chairpersons and a secretary-general were also elected for the 13th NPC Standing Committee.

They all took oath of allegiance to the Constitution. 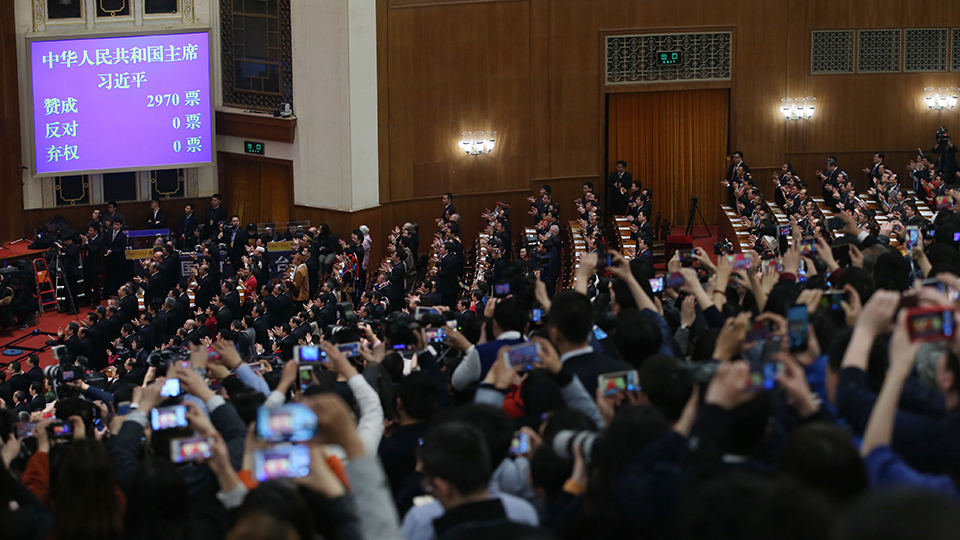 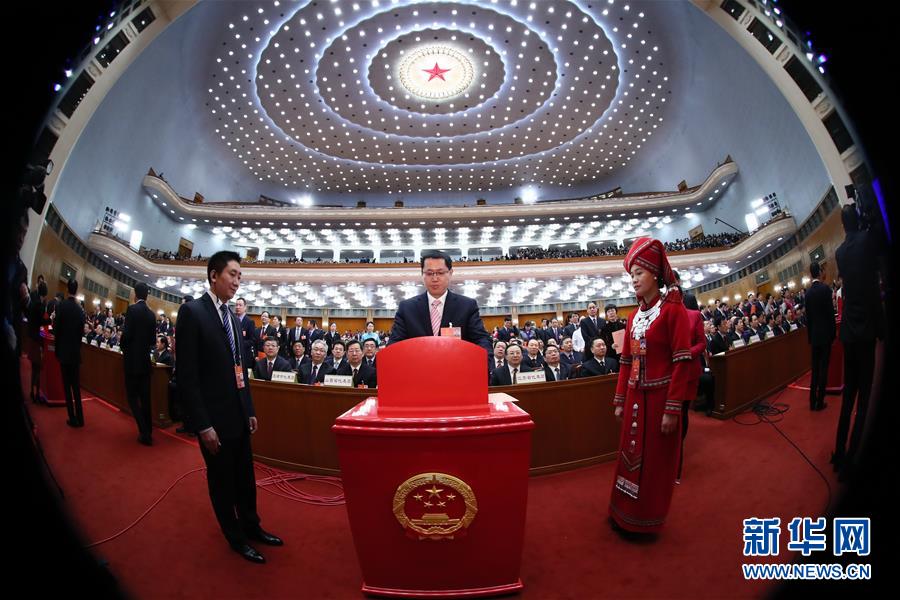