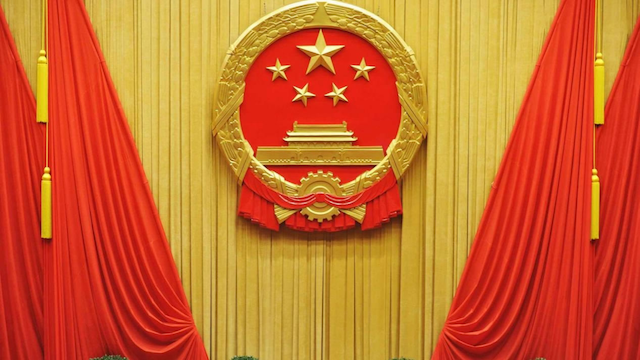 Xi Jinping, general secretary of the Central Committee of the Communist Party of China (CPC), presided over the first meeting of the central committee for deepening overall reform Wednesday.

"The launch of deeper reform of the Party and state institutions marks a new stage for deepening reform in all areas," said Xi, also Chinese president, chairman of the Central Military Commission, and head of the central committee for deepening overall reform.

"The reform will further touch upon profound adjustment of interests patterns and changes of the system of institutions," Xi said.

With the reform becoming more complex, sensitive and onerous, Xi called for efforts to strengthen and improve the Party's coordination and leadership over deepening reform in all areas, and incorporate the reform of institutions with the advancement of reform tasks.

This year marks the 40th anniversary of the reform and opening-up drive.

Participants at the meeting approved a number of documents:

-- work rules of the central committee for deepening overall reform as well as its special groups and general office;

-- a plan to set up a financial court in Shanghai;

-- a document on establishing a mechanism for China's participation in international macro-economic policy coordination to improve international economic governance structure;

-- plans for deepening reform and opening-up in pilot free trade zones in Guangdong, Tianjin and Fujian;

-- a guideline to regulate the asset management businesses of financial institutions;

-- a guideline on strengthening regulation over the investment of non-financial enterprises in financial institutions;

-- a document on wage reform in state-owned enterprises;

-- a document on deepening reform in review and evaluation of projects, talent and institutions;

-- a document on improving integrity in scientific research;

-- a document on strengthening Party building at public hospitals;

-- a document on strengthening team building for mediators.

Attendees at the meeting also discussed a report on deepening reform of the disciplinary inspection and supervision system and the institutions of the CPC Central Commission for Discipline Inspection and the national supervisory commission, as well as a report on the first round of inspection over environmental protection led by central authorities.