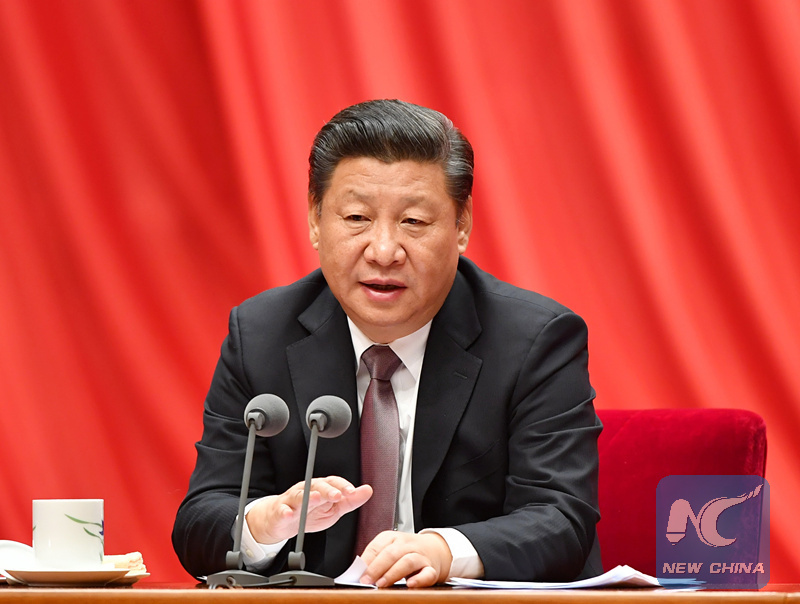 Xi Jinping on Wednesday issued military training instructions to the People's Liberation Army during a grand mobilization ceremony in front of thousands of troops, which was simultaneously broadcast to 4,000 military gatherings around China.The Central Military Commission (CMC) of the Communist Party of China (CPC) held the ceremony and requested the military to improve its "capability to win," which analysts say is of strategic importance.President Xi, who is also general secretary of the CPC Central Committee and chairman of the CMC, issued the instructions to the PLA, the Xinhua News Agency reported.The ceremony was held at a military training base in North China under the PLA's Central Theater Command, with more than 7,000 PLA troops and 300 armed vehicles, China Central Television (CCTV) reported.At the ceremony, Xi ordered the Chinese military to strengthen combat readiness and put military training in a strategic position, the PLA Daily, official newspaper of the PLA, reported.Xi and other members of the CMC also inspected the troops. More than 4,000 parallel sessions were held simultaneously across China among the PLA Ground Force, Navy, Air force, Rocket Force, Strategic Support Force and the Armed Police, where the soldiers listened to Xi's speech via the live television broadcast."This is the first time since the founding of the country that instructions on military training have been directly issued by the chairman of the CMC, and it shows that improving combat readiness is now a strategic mission for the Chinese military," said Xu Guangyu, a retired major general and senior adviser of the China Arms Control and Disarmament Association.The instruction from Xi shows that the chairman of the CMC is the leader of all military affairs in China, said Xu, adding that orders involving the military should be issued from the chairman of the CMC.The ceremony demonstrated the new norm of military training after the 19th CPC National Congress and it also reminds the military that the world is not peaceful and crisis awareness for the military needs to be increased, said Song Zhongping, a military expert and TV commentator.Gain combat capability from trainingCCTV's report showed Xi and other members of the CMC watching closed circuit broadcasts of live training sessions that were conducted across the country. The report showed Xi giving commands to numerous military outfits around the country. A Marine Corps troop conducted amphibious landing exercises at a South China naval port, an Air Force troop launched fighter jets for air combat simulations at a training base in Hebei Province, and a missile brigade under the Rocket Force conducted missile tests in South China."The core of improving combat readiness is to maintain and promote combat capability. China can't copy the US' measure to improve combat capability through actual combat overseas since our national defense policy is defensive rather than offensive. Therefore, military training becomes extremely important for China," Xu told the Global Times."Currently, one third of our defense budget is used for military training," Xu added.