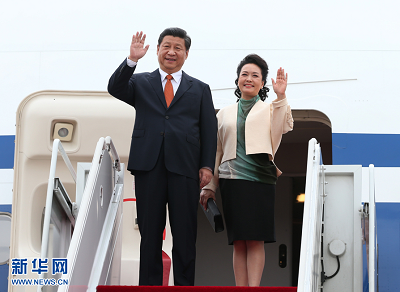 President Xi Jinping, as the chief architect of China's major-country diplomacy, has been personally involved in planning and conducting head-of-state diplomacy, Foreign Minister Wang Yi said at a press conference on the sidelines of the first session of the 13th National People's Congress on Thursday.

Xi has visited 57 countries and encouraged more than 110 foreign heads of state since 2012, deepening the world's understanding of China, enhancing China’s international profile and influence, and facilitating the solution to many global problems.

Four major diplomatic events will be held in China this year, including the Boao Forum in April, the Shanghai Cooperation Organization summit in June and the China-Africa Cooperation Forum in September.

Apart from the home events, Xi will attend the BRICS Summit in South Africa, the APEC Economic Leaders' Meeting in Papua New Guinea and the G20 Summit in Argentina, according to Wang.

These will make a positive and responsible contribution to the welfare of Chinese people, interest of China, and wellbeing of the world, and will write a whole new chapter of major-country diplomacy with Chinese characteristics in the new era, he said.