President Xi Jinping has asked the Chinese Ministry of Foreign Affairs and the embassy in the Democratic People's Republic of Korea to immediately take "all necessary means" to handle a major road accident there involving Chinese tourists. 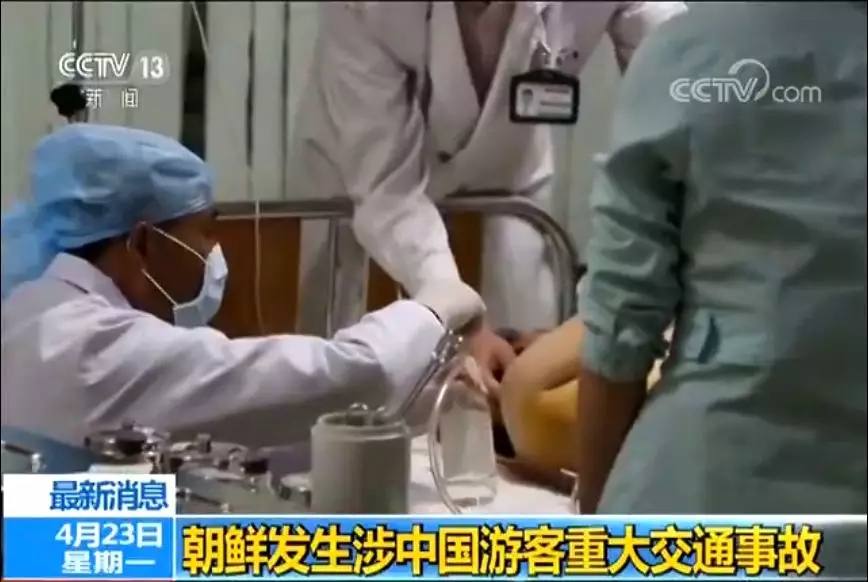 At least 32 Chinese nationals were killed in a bus crash in the Democratic People's Republic of Korea's North Hwanghae province on Sunday night. (Screenshot from CCTV News)

Xi, also general secretary of the Communist Party of China Central Committee and chairman of the Central Military Commission, called for "all-out" effort to rescue the injured and "handle ensuing issues of the deceased."

A tourist bus fell from a bridge in North Hwanghae Province at around 6 p.m. Sunday. The victims included 34 Chinese -- 32 dead and two seriously injured.

Acting on their orders, the foreign ministry and the embassy have been in close contact with the DPRK to coordinate emergency response.

Many people will be traveling during the upcoming May Day holiday, he said, ordering local authorities and government departments in China to close safety loopholes, strengthen accident prevention and improve responses to better protect people and property.