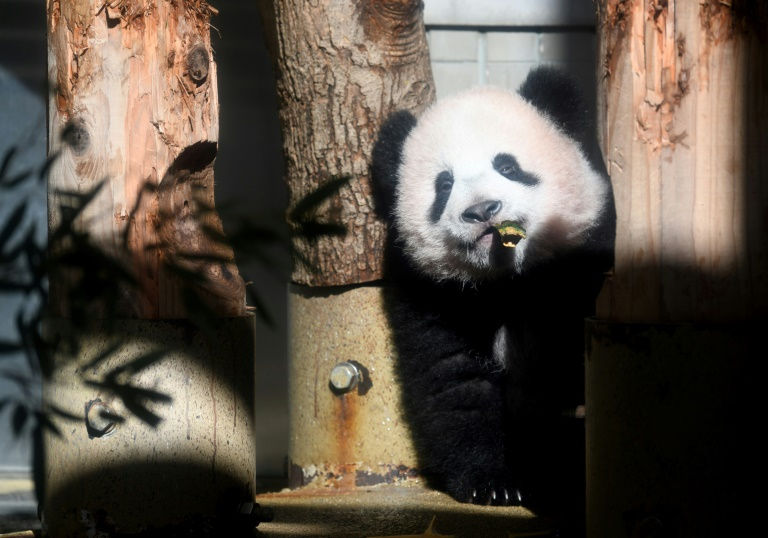 The panda cub's name Xiang Xiang is derived from the Chinese character for "fragrance." (Photo: AFP)

Panda cub Xiang Xiang made her public debut on Monday morning 190 days after her birth at Japan’s Ueno Zoo.

At 9:45 am local time, Xiang Xiang was seen climbing a stump before meeting her Japanese fans. It’s the first time Japanese visitors have been able to see a panda in a zoo since 1988 when male panda You You met the public. 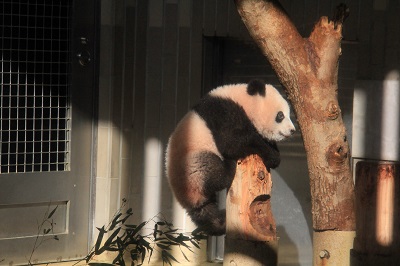 Xiang Xiang was born in Japan on June 12. The cub has grown from 147 grams at birth to more than 12 kilograms.

China hopes Xiang Xiang will continue to promote peace and friendship with Japan and the two peoples, said Wang Wan, counselor at the friendly exchange office of the Chinese Embassy in Japan.

When Kang Kang and Lan Lan arrived at Tokyo’s Ueno Zoo early in October 1972 to commemorate the normalization of diplomatic relations between China and Japan, they immediately caused a sensation. 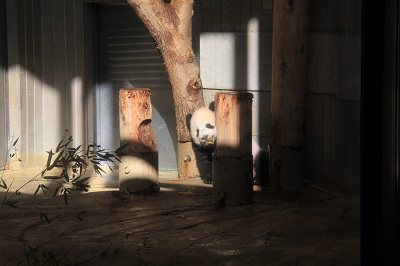 Since her birth, Xiang Xiang has repeatedly earned Japanese media headlines. She was formally named Xiang Xiang on September 25 through the participation of more than 320,000 people.

Ueno Station, the nearest metro station to Ueno Zoo, is panda-themed with a variety of posters, food and beverages.