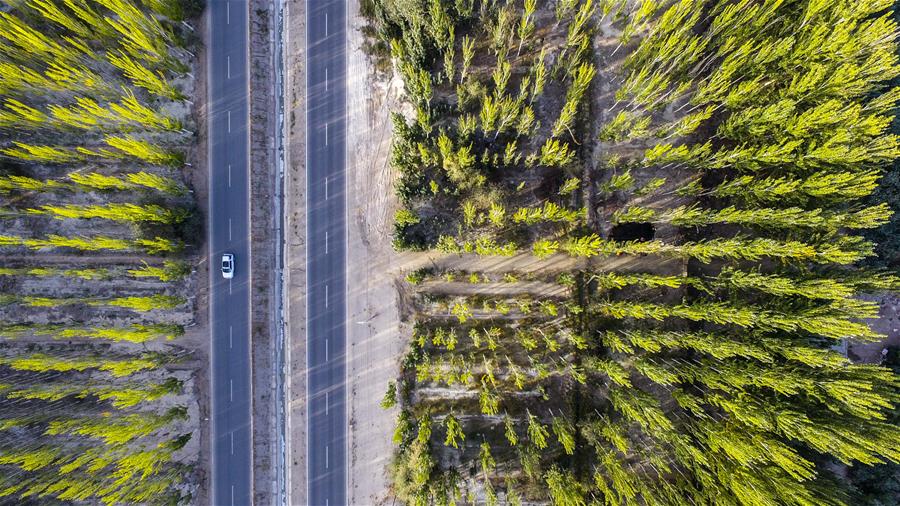 URUMQI, Oct. 18 (Xinhua) -- Over 30 years ago, a war against desertification was waged silently in Kekeya, a little-known place in northwest China's Xinjiang Uygur Autonomous Region. But the influence was earth-shattering. Locals won the battle and passed on the spirit of fighting mother nature's ills to those who will continue striving for a better environment.

Located at the northwestern edge of the Taklimakan, the largest desert in China, Kekeya was once notorious for its erratic weather and constant sand storms.

An afforestation project to prevent the desert from expanding and to reduce the impacts of sand and dust storms on nearby residents was launched in Kekeya in 1986 and completed in 2015.

Over the past 30 years, a great "green wall" stretching around 77,000 hectares has been gradually erected between the desert and towns.

The remarkable achievement of Kekeya, located in the Aksu Prefecture, has inspired more people to participate in ecological campaigns, which are already underway and expected to transform the desert into an oasis.

People in Kekeya suffered from droughts for hundreds of years.

Historical records show that, during the Qing Dynasty (1644-1911), a local official hired people to drill wells and explore underground water in Kekeya. But authorities abandoned such attempts, as the total cost was likely to be extremely high.

Before the founding of the People's Republic of China in 1949, locals made a second attempt, digging several wells in Kekeya, but no water came out. In the 1960s, a project to channel water from a river in the city of Aksu was also forsaken.

"Planting trees in Kekeya is no different from farming fish in sand," said Eli Sulayman, 77, a retired forester in Kekeya.

Eli said Kekeya suffered around 100 days of sand and dust storms every year. "In spring and winter, fierce winds blew up and sand engulfed the cities. Residents had to turn on the lights even during the daytime."

"Either we endured or we escaped," said Eli.

In 1985, heads of departments in Aksu decided enough was enough. A head office for desertification was then established the following year to improve the situation.

Many people had doubts about the risky decision, but Bi Kexian, then director of the local forestry department, said that, "For the sake of our next generations, I was willing to take the risk of turning the bare land into green."

Bi took the lead by surveying the soil environment. Huge obstacles ahead included deep ravines and salty soil in need of water irrigation.

Groups of technicians and workers headed into Kekeya to solve soil and water problems, and built roads to aid the transportation of plants and trees in the barren land.

Meanwhile, the local government had been mobilizing the masses to grow trees from the very beginning. Later, people from all walks of life in Aksu voluntarily joined the campaign, digging holes for trees and fertilizing the land.

"Until now, I often dream about digging tree holes, which made my entire body ache," said 50-something Lai Qing, reminiscing about the days of tree planting when she was 20.

From 1986 to 2015, 3.4-million-person-time volunteers planted about 13.37 million trees in Aksu, according to the local forestry bureau.

The dusty days in a year decreased sharply, from about 100 days to 29, the local meteorological department said.

Thanks to the efforts of forest rangers, the survival rate of trees in Kekeya also exceeded 87.5 percent, way beyond expectations.

"I would feel guilty if I failed to take care of those trees that people had worked so hard to plant," said Imam Memet, who has been patrolling and protecting Aksu's forests for three decades.

In a memorial hall in Kekeya, a red account book showing records of afforested areas in the region is displayed. The figures have been increasing without a stop thanks to the completion of Kekeya's greening project.

Three more ecological projects on the peripheries of the Taklimakan Desert were launched after Kekeya's project was completed.

In the basin of the Aksu River, an 84,000-hectare greening project has been completed. This autumn, a 71,000-hectare project in the Ogan River Valley is on track to completion. In the spring, Kongtailike District planted 4,000 hectares of trees.

Transport networks, irrigation and reforestation in the three areas have also been developed along with the three ecological projects, which are expected to benefit 1 million residents after all of them are completed by 2020.

For the better preservation of the hard-won forests and to further stabilize residents' incomes, the local government has introduced more cash crops including apple trees, walnut trees and jujube trees.

The sweet juicy Aksu apple has become signature to Xinjiang's agricultural products, which are widely known among Chinese people.

After years of development, Aksu has become a major forestry and fruit production area in Xinjiang, with the output of the prefecture reaching over 13 billion yuan (1.88 billion U.S. dollars) in 2017.

To improve people's living standards, the local government has also been increasing pollution control and city construction, and residents are encouraged to go for a walk by the clean rivers, new parks and squares around the city. 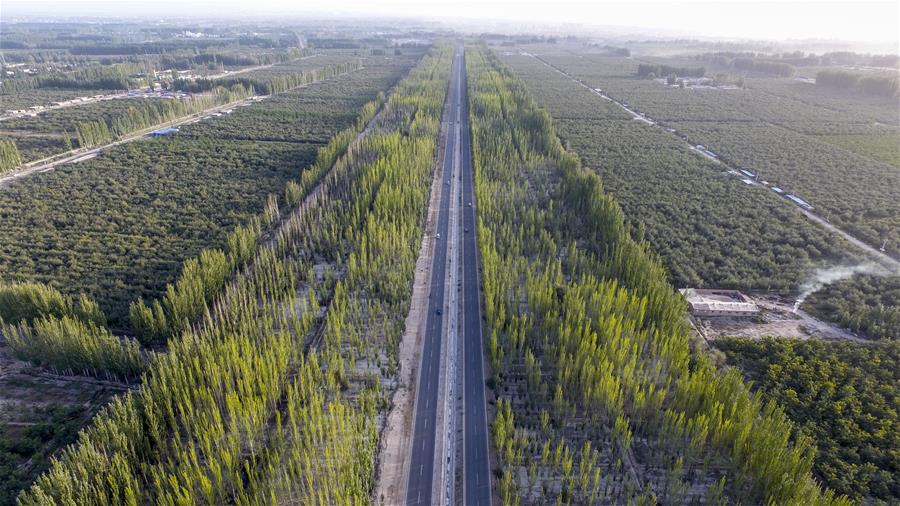 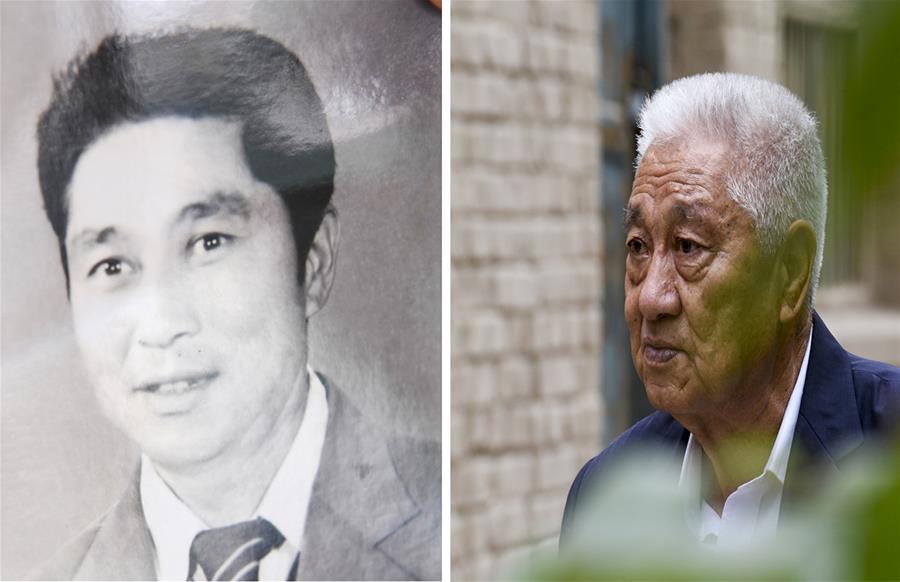 Combo photo shows Imam Memet, the first head of the forestry station of Kekeya, when he taking office (L) and after retirement (R). (Xinhua/Hu Huhu) 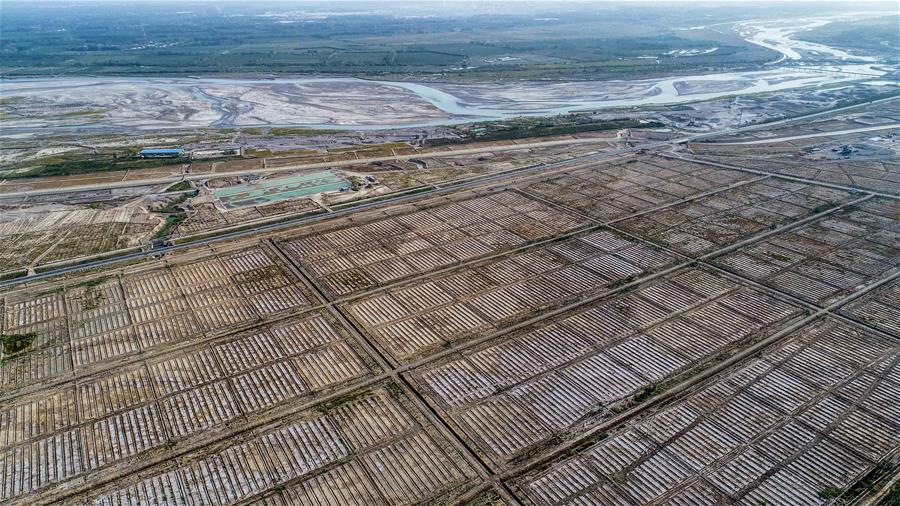 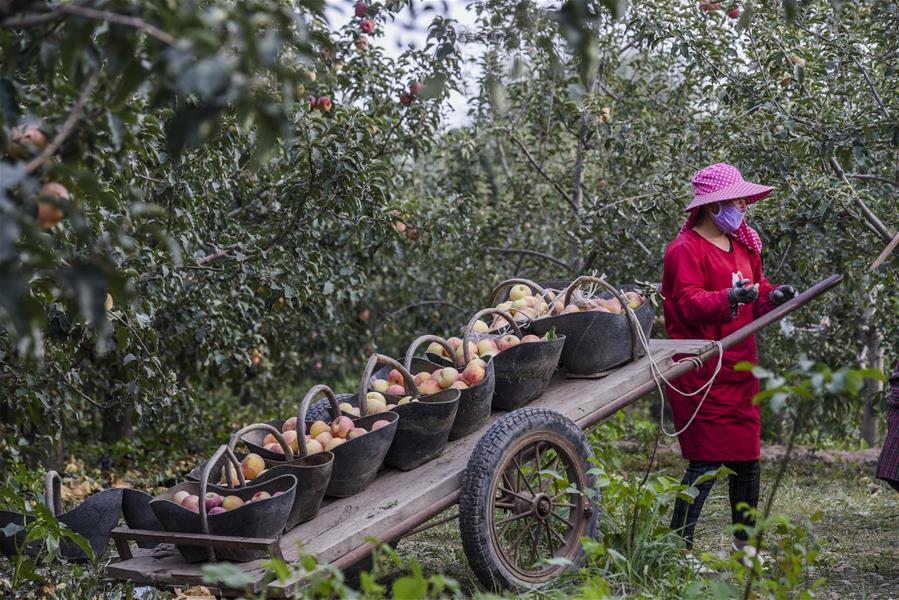 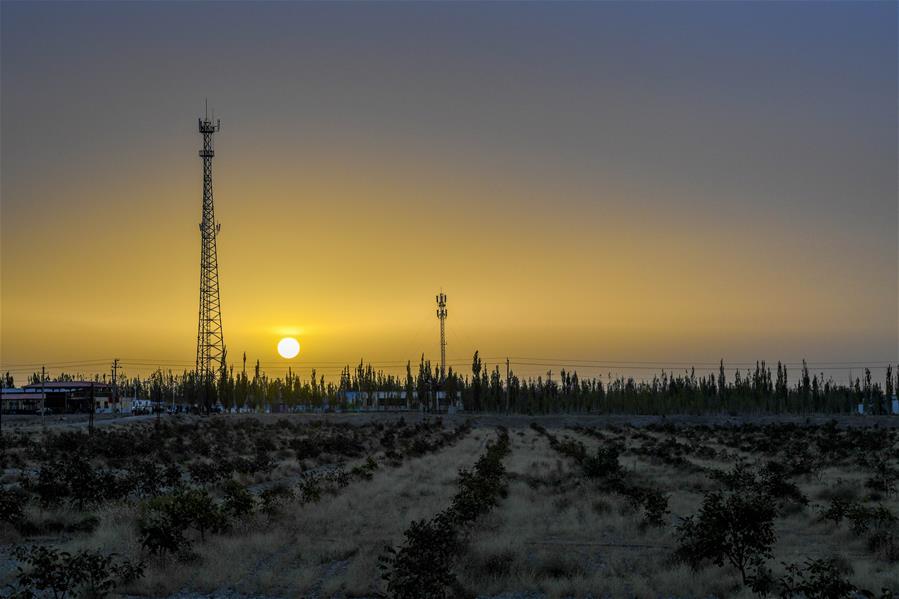