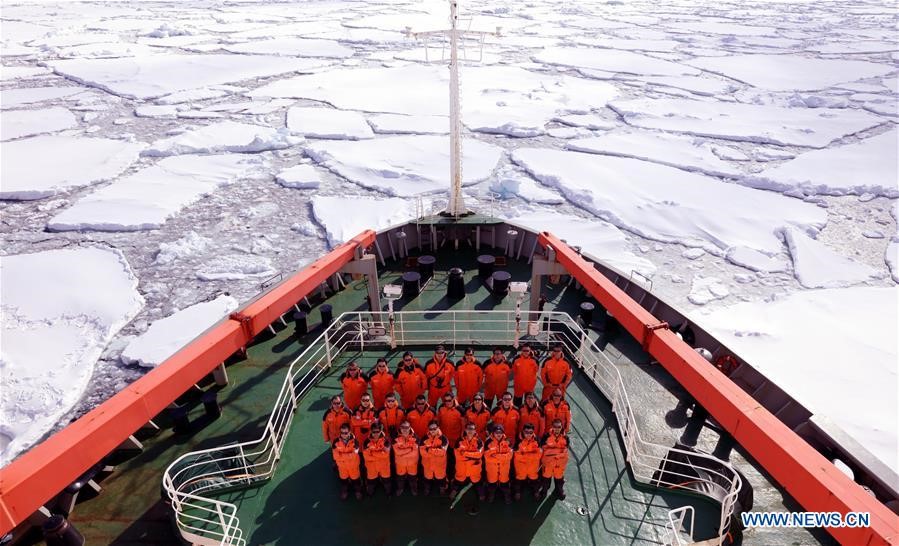 While aboard the Xue Long, China's 34th Antarctic expedition performed various missions such as starting construction on a new Antarctic station on the Inexpressible Island near the Ross Sea, operational evaluation of marine environments, and comprehensive research of marine environments in the Atlantic sector of Antarctica. Their research includes 78 scientific investigation tasks and 22 support tasks.

The 27 members finished the early stages of constructing the new Antarctic station and realized the utility of communication and electricity, despite the harsh environment.

The Inexpressible Island is home to thousands of penguins, and the expedition team took extreme caution to not disturb them – staying at least 15 meters away unless they were performing necessary scientific investigation tasks.