A senior Houthi official confirmed on Monday that former President Ali Abdullah Saleh, his nephew, relatives and the general secretary of Saleh's party were killed. 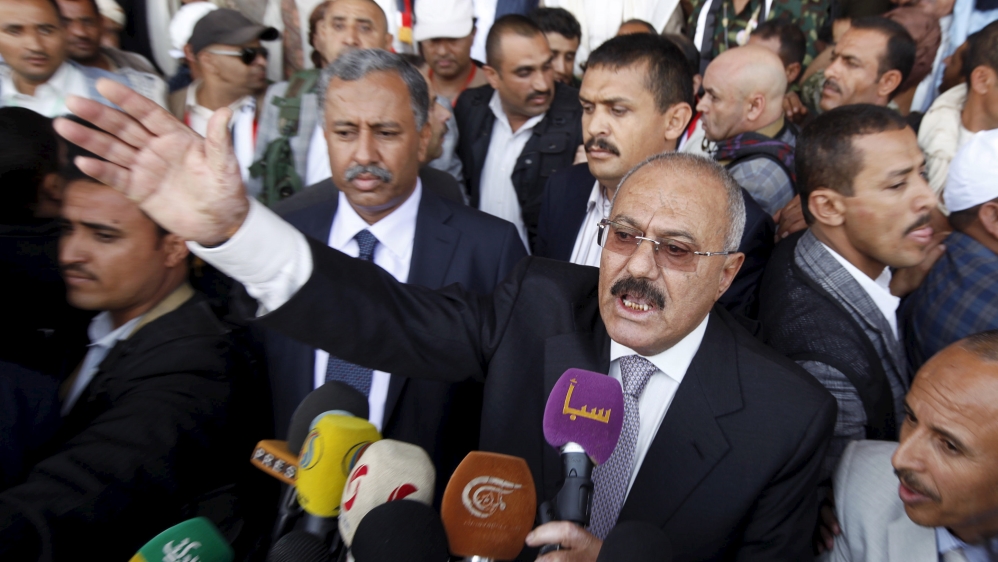 "Saleh and his party's assistant general secretary Yasser al-Awadhi were killed on Monday morning while they were trying to escape through Khawlan district on the southeastern outskirts of Sanaa on their way to escape to Saudi-backed government-controlled Marib province, " the official confirmed.

"Saleh's nephew Tarek was killed also early Monday morning in his home in Haddah quarter in the capital Sanaa," the official said.

According to Reuters,  the official Houthi TV station would soon broadcast footage of his dead body, while social media users in Yemen circulated unverified images of a corpse which resembled the ex-president.

Saleh's party denied to Reuters that their leader had been killed and said he was continuing to lead forces in their clashes against the Houthis in the capital Sanaa.

His whereabouts are unknown and he has made no public appearances since the reports of his death surfaced.