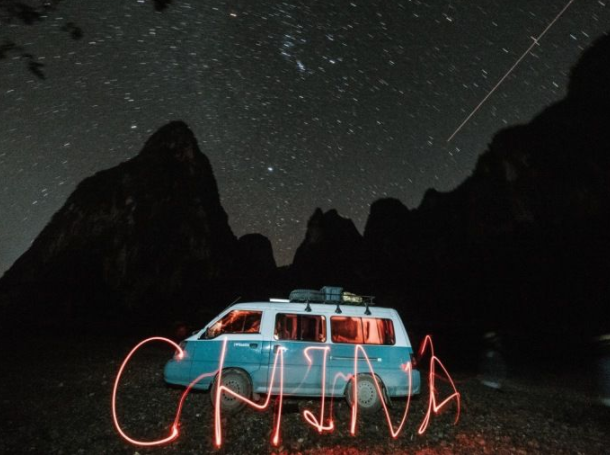 Sometimes, all we need in life is a little inspiration.

According to Shijuezhi, an online publication, Tingting and Gao Zhen found theirs, and it drove them to travel over 31,000 miles across vast geographic areas of China -- the fourth largest country in the world. What they documented on the road became a collection of pictures and videos that left many in awe, and possibly want to quit their jobs.

The couple, both living in China’s coastal city of Guangzhou, met when they were colleagues at a local production studio and eventually fell in love.

Yet, they both realized that mounting pressure from work had started to stifle their imaginations. The prospect of living a colorful life began to fade into a boring shade of grey.

Instead of just complaining about their situation – the duo decided that traveling across China was the perfect way to spark their creativity.

The couple decided to throw caution to the wind – undaunted by thoughts of money and shelter – and put their plan into action by purchasing a low-cost minivan and modifying it into an RV/moving office. 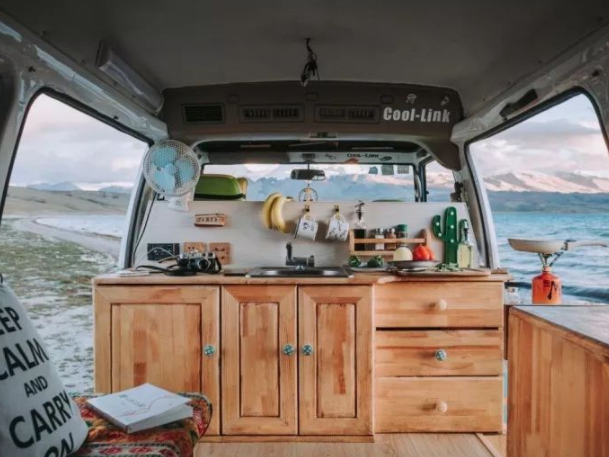 Zhen – with help from books and the internet – started by taking out the backseat, adding wooden floors and shelves, and even installed electricity and a water filter into the vehicle.

After much trial and error, he moved onto installing water filter and electricity. It took the couple three months before the minivan was ready. They conveniently named it “Mini Van.” After the 2017 Spring Festival, with much uncertainty, the two officially got on the road. However, what happened afterward is a journey of a life time.

They traveled across the boundless grassland and tundra of China’s Inner Mongolia and lived with the natives. Almost 20 days in, they spotted a four-month-old lone pup wandering and starving to death in the cold wind. Tingting and Zhen decided to take him in as a fellow traveler and named him “Taiyang,” meaning “the sun” in Mandarin. 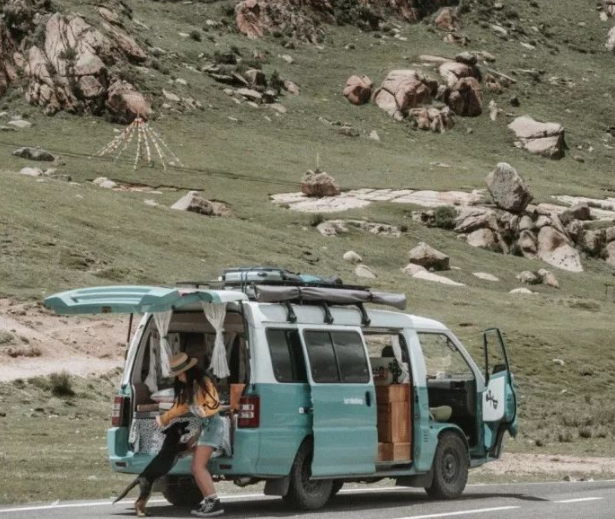 As they continue their journey, Zhen became the driver, Tingting the cook and Taiyang the guard/companion.

When recalling the experience, Tingting said her most memorable moment was when they went stargazing while staying overnight at the Mount Everest base camp.

"One time, Zhen had to pour water on my head while I wash it to save water. At that moment, I realized that's the romantic life that I want," Tingting said. 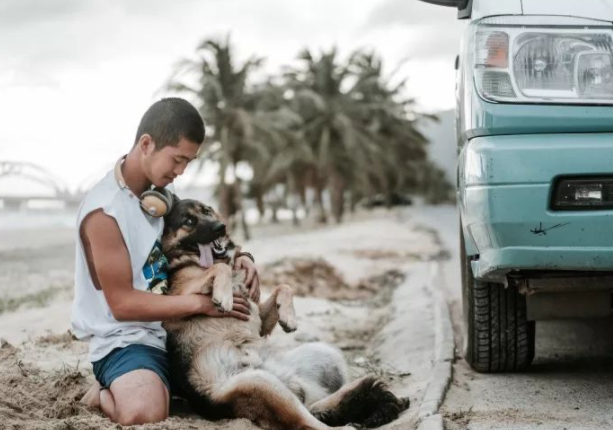 When asked if they are getting married, Tingting smiled and said: "After we finish touring China we plan to publish the photos we took. And then maybe do the same thing in America. Maybe we'll get married on the road somewhere"