A select group of young people had a chance to peek inside an experimental lunar base sealed off from the outside world for almost two years.

Ten-year-old space fan Du Zhouyuan was surprised by what he saw at the Yuegong-1 (Lunar Palace-1), on the campus of Beijing University of Aeronautics and Astronautics. 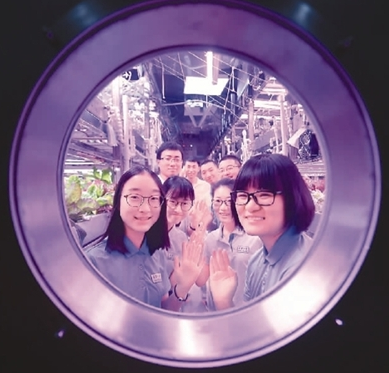 The facility is China’s first simulation of a sealed lunar base, and aims to study how a closed biological system can offer survival support to its members. The air, water and even human waste are all reused and recirculated.

Professor Liu Hong, chief designer and scientist of Yuegong-1, said the open house marks China’s third Space Day on April 24. The visits by 600 students aim to inform the public of the recent achievements of academic research in human survival and human life maintenance.

“Such activities offer a platform both for teenagers to inspire their passion for science and astronautics and for more technological cooperation,” said Liu. 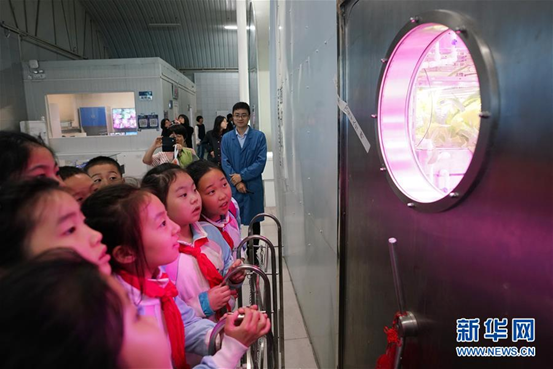 The current experiment started on May 10, 2016, and is expected to finish on May 15, 2018. Liu claims the experiment is the world’s longest, with the most strictly sealed environment.